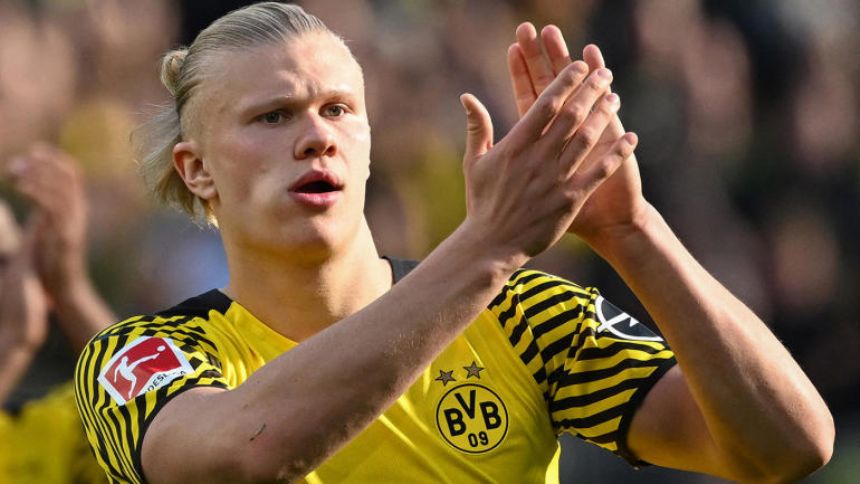 The rich just get richer. Manchester City, already with what is viewed as the most talented squad in the world, are adding Erling Haaland, arguably the top young player in the game. On Tuesday, City announced that they had reached an agreement in principle with Borussia Dortmund to sign the striker. Haaland is viewed by many as one of the top strikers in the game and has produced an unbelievably prolific career despite being just 21. The move is pending the club finalizing terms with the player, City announced on Tuesday.'

Manchester City can confirm that we have reached an agreement in principle with Borussia Dortmund for the transfer of striker Erling Haaland to the Club on 1st July 2022.

The transfer remains subject to the Club finalising terms with the player.

Haaland completed the medical with City on Monday and fills a void at striker that has plagued the club over the past few seasons. Top European clubs including Real Madrid and Barcelona were interested in the striker as one of the has fallen ahead of the window opening in June. Haaland is expected to give his farewell to Borussia Dortmund on Saturday after the last game of the season at home against Hertha Berlin.

The Norwegian international, who burst onto the scene with nine goals in a 2019 U-20 World Cup game, made a name for himself on the European stage under American Jesse Marsch at Red Bull Salzburg before improving at Dortmund. At Salzburg, he scored 28 goals in 22 games during half of the 2019-20 season. He moved to Dortmund in January of 2020 and scored 16 goals in 18 games. His first full season in Germany saw him find the net 41 times in 41 games, and so far this season he's got 28 goals in 29 games. In 199 professional club games he has scored 154 times.

Haaland was actually born in England -- Leeds to be specific -- where Marsch, his former manager, now coaches. Haaland's father, Alf-inge Haaland, was playing for Leeds at the time and later moved to Man City.'

He joins a team in Pep Guardiola's that are looking to get over the hump in the Champions League after falling short time after time. Despite there being issues in defense, the need for a striker is clear as well, despite the dominance domestically. Haaland would be arguably the most talented striker they've ever had and would offer them their first dominant No. 9 since the prime of Sergio Aguero's career.'

Haaland opted for the Manchester City project after a long time of reflection that included his super agent Mino Raiola, , but was part of the process until the very end. Haaland underwent the medicals on Monday in Brussels, and in the next hours Manchester City will activate the release clause as it was written in the deal with Borussia Dortmund. The release clause at the end will be closer to $63.3 million (60 million euros) rather than $79.2 million (75 million euros) as it was reported before. Additionally, Haaland's camp agreed with Manchester City on a salary that won't go beyond the one of Kevin De Bruyne, now worth approximately $462,700 per week (375,000 pounds). Haaland will sign a five-year deal until June 2027.'