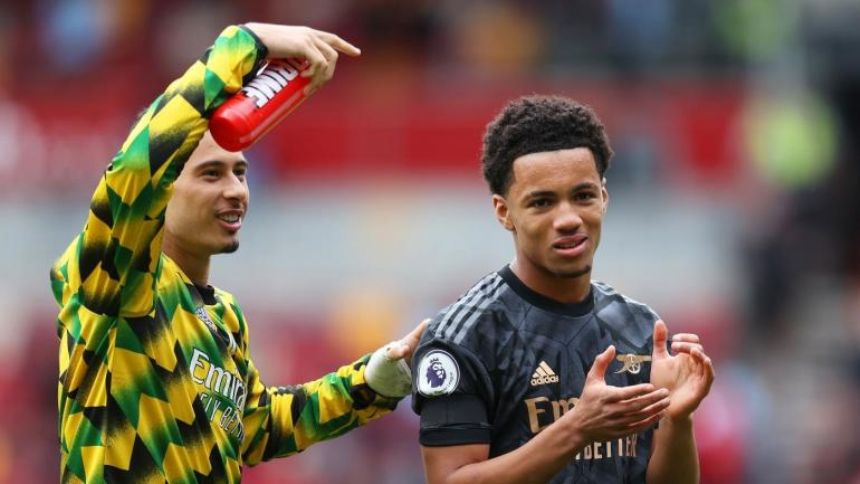 -- The date is March, 21 2007. "300" is riding high in the US box office. Apple CEO Steve Jobs has just launched the first iPhone. LCD Soundsystem have just released the transcendently excellent "Sound of Silver." And the Nwaneri family have just welcomed Ethan to the fold.

Fifteen years and 181 days later he has become the Premier League's youngest ever player, smashing the record set by for , who made his top-flight debut at the age of 16 years and 30 days in May 2019. It is no great surprise that he is also the youngest player to feature for , breaking a record set by club legend Cesc Fabregas. Nwaneri also became the first debutant for the Gunners to have been born after they moved into the Emirates Stadium.

His appearance as an 89th-minute replacement for was the cherry on top of an exceptional afternoon for Arsenal and their traveling supporters, who serenaded their debutant with chants of "he's got school in the morning" and, aimed in the direction of a disappointing side, "how shit must you be, he's only 15".

"We have the opportunities to bring young players on," said Arsenal manager Mikel Arteta before kickoff. "We are pretty short and opportunities come when issues arise."

Indeed Nwaneri is so young that he was not allowed to change with the rest of the Arsenal team before today's game.

Nwaneri has long been viewed as one of the best and brightest youngsters at Arsenal's Hale End academy but his promotion to the first team was certainly some way ahead of schedule, thrust on Arteta after injuries to , and , the latter pulling out just before Sunday's 3-0 win with a knock to his calf.

Arsenal hardly looked like a team who were missing their captain as , Gabriel Jesus and Vieira struck fine goals to send Mikel Arteta's side back to the top of the Premier League table, where they lead and Tottenham by a point.