Expect the Astros to stay hot, even on the road vs. Rays, plus other best bets for Wednesday 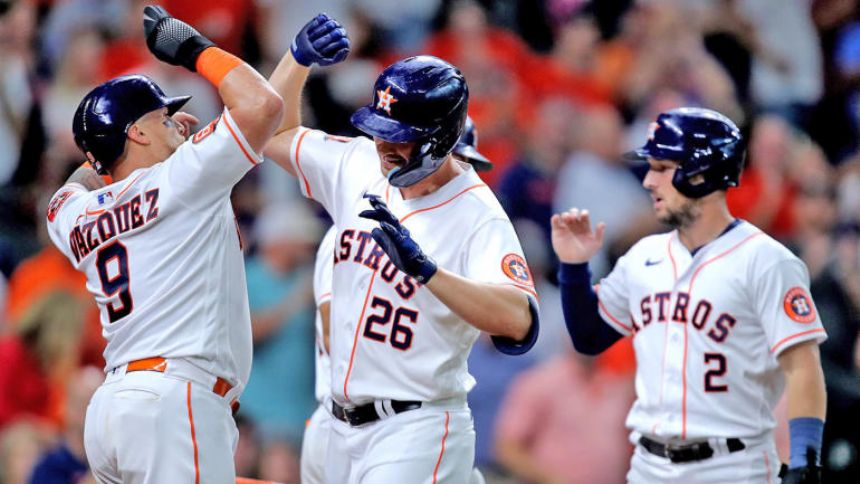 Good afternoon gambling aficionados, it's Chris Bengel back with you.

As someone that is by no means a Yankees fan (go Phillies), watching Aaron Judge has been awesome to see. He belted home run No. 60 last night as the Yankees defeated the Pirates. What arguably caught my eye most? .

Considering that the ball is likely worth hundreds of thousands of dollars at an auction, it's pretty nuts he gave the ball right back. As a young kid, that sounds like a nice pile of cash to sit on.

Anyway, let's dive into Wednesday's picks on the diamond.

The Astros are absolutely on fire, with nine wins over their last 10 games. That includes winning their last two games against the Rays by a combined score of 9-0. It's why I have no hesitation in siding with the road favorite in this spot.

After missing the first four months of the season, Astros starter Lance McCullers Jr. has been sensational since returning. In six starts, the veteran right-hander has accumulated a 3-1 record along with a 2.31 ERA and 37 strikeouts. In addition, McCullers has yielded two or fewer runs in five of those starts while not appearing in the loss column since Aug. 19.

On the other hand, Rays starter Corey Kluber continues to struggle. He's surrendered 10 earned runs across his last two starts, including allowing six earned runs on eight hits in just 2/3 of an inning against the Yankees on Sept. 10. Now, Kluber has been slightly better at home on the year, but still possesses a 3.92 ERA at Tropicana Field. If the Astros can get a hold of a few pitches, there's no doubt that Kluber could get hammered in this one.

The Pick: Guardians (+115):'-- It's fair to say the White Sox have burned many bettors this season. They can't be trusted. With that in mind, I'm more than happy to back their division rivals on the road here.

Guardians starter Triston McKenzie has been terrific since the All-Star Break, registering a 2.09 ERA dating back to July 23. He has allowed two runs or less in seven of his 11 starts during that span. The Guardians have also earned a pair of wins over the White Sox during that stretch in games that McKenzie has started. In those two contests, McKenzie has allowed just three earned runs on 10 hits while striking out 18 hitters in 12 2/3 innings.'

Based on how well McKenzie is pitching over the second half, I trust him way more to keep this one close and his offense to do the rest.

May returned to the mound on Aug. 20 after surgery on his arm and certainly hasn't pitched badly since. However, in those six starts, he's only registered at least six strikeouts in one of those outings. He tallied nine strikeouts across seven innings in his first start back against the Marlins last month. However, he's racked up five punch-outs or less in each start since that point. In addition, the Diamondbacks may not be the most dangerous offense around, but they're fairly disciplined at the plate. Arizona ranks just 20th in the majors in strikeouts on the years. Side with under as I expect May to keep the trend going on Wednesday.

Key Trend: May has registered five or fewer strikeouts in in each of his last four games