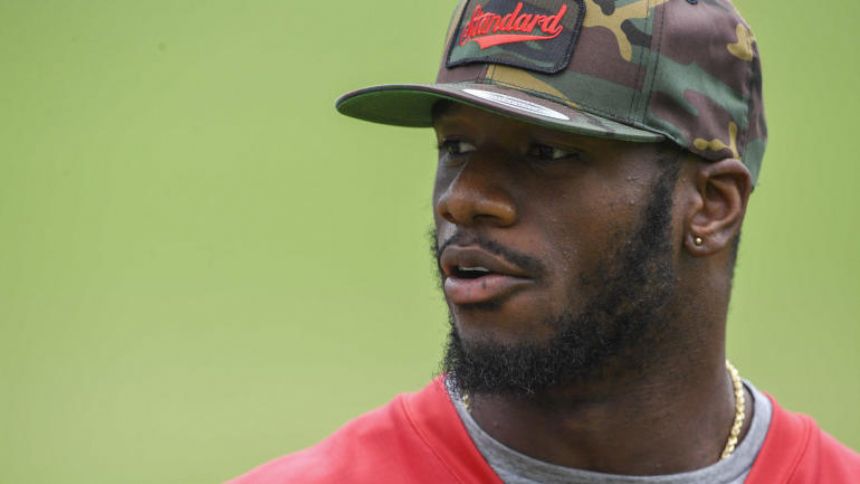 Deion Jones is set to enter his seventh season with the Falcons, but if it were up to the team, the linebacker would've been long gone. Atlanta is set to keep the former Pro Bowler for the 2022 season, according to The Athletic, despite repeated attempts to trade him. The Falcons haven't just sought relief from Jones' pricey contract, per Jeff Schultz, but have also had concerns over the veteran's attitude in the locker room.

Schultz wrote this week that the Falcons have decided not to cut Jones, "believing he won't be a distraction to (the) team" and because salary cap savings would be minimal. He went on to say that Atlanta continues to monitor Jones' attitude and rehab from shoulder surgery. The decision on whether to cut him "has been more about his attitude and whether football ops wanted him around others."

Jones, 27, has been limited at training camp while recovering from surgery but forecast as a potential salary-cap casualty by general manager Terry Fontenot since early in the offseason. Due over $20 million in 2022 as part of a four-year extension he signed in 2019, the linebacker's work ethic has been questioned internally, per Schultz, even as his numbers have remained steady in a starting role over the last six seasons.

The Falcons would save just over $1M by releasing Jones, whose contract makes him much more expendable in 2023. In the meantime, he's been buried on the team's restocked linebacker depth chart, now featuring second-round rookie Troy Andersen and free-agent additions Rashaan Evans and Nick Kwiatkoski, who both offer starting experience.

Fontenot has been noncommittal about Jones' long-term future with the team, per Schultz.

"You can ask that question about any player on our roster and we'll answer it the same way," the GM said. "We're always trying to build a roster the right way, and every decision we make is going to be for the betterment of the team as a whole."