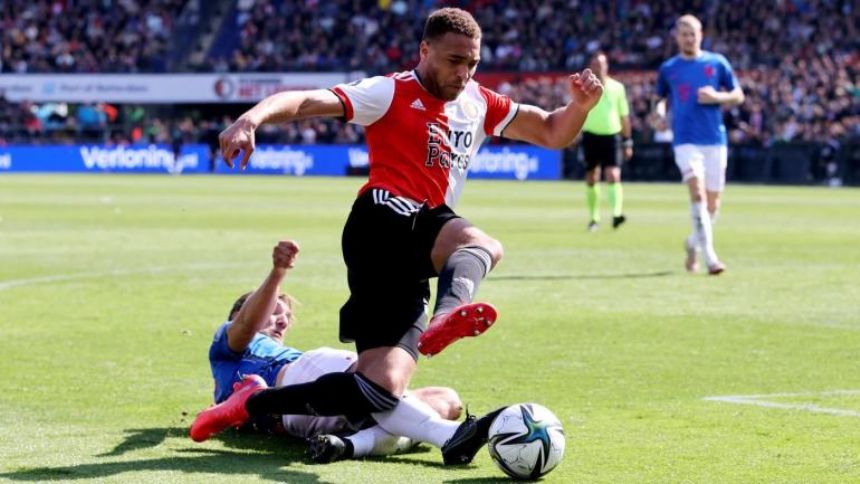 The inaugural season of the 2022 UEFA Conference League is down to its final four teams. On Thursday, Feyenoord Rotterdam of the Netherlands will host Marseille of France in the first leg of their semifinals matchup. Both clubs are near the top of their respective domestic leagues, with Marseille sitting second in the Ligue 1 table, while Feyenoord ranks third in the Eredivisie. The aggregate winner from this semifinal will face the Roma-Leicester City winner in the 2022 UEFA Conference League final on May 25. You can see what happens next when youstream the match on Paramount+.

Kickoff from De Kuip in Rotterdam, Netherlands is set for 3 p.m. ET. Caesars Sportsbook lists Feyenoord as the +116 favorite (risk $100 to win $116) on the 90-minute money line in its latest Marseille vs. Feyenoord odds, with Marseille the +215 underdog. A draw is priced at +255 and the over-under for total goals scored is 2.5. Thursday's match will bestreamed live on Paramount+ with their must-have Premium plan.

Paramount+ now has levels of membership so you can watch the hottest soccer matchups worldwide and much more. The Premium Plan is $9.99 per month and you can watch your local AP live stream, including plenty of sports like Champions League, Italian Serie A, college hoops, and the PGA Tour, with no ads, on demand and the ability to download episodes for offline viewing. Plus, watch the highly-anticipated series Halo, Picard, 1883, and more. Both plans come with a free week to start and include soccer matches,so sign up now here.

Before you tune in to Thursday's match, you need to see the Marseille vs. Feyenoord picks from soccer insider Jon Eimer. He is a high-volume bettor who has vast knowledge of leagues and players across the globe. Since joining SportsLine, Eimer has covered the English Premier League, Serie A, the FA Cup and much more. The Indiana-based handicapper compiled a winning record of 260-133-1 with over 90 units of profit for his community on various platforms over a recent two-month stretch.

For Feyenoord vs. Marseille, Eimer is backing both teams to score at -150 odds. Marseille ranks third in Ligue 1 in goals scored, so it should have little difficulty in cracking Feyenoord's defense. However, Marseille's defensive third also has its faults and has allowed multiple goals in two of its last three games. Also, over the French club's last four UECL matches, both teams have scored in three of them.

Meanwhile, Feyenoord is one of the most exciting teams to watch in the world and it gives nearly as much as it gets. The club always seems to play in high-scoring, back-and-forth affairs, whether the competitions come in its domestic league or in European play. One only has to look at its recent UECL results to see the types of matches that Feyenoord plays in as both teams have scored in each of its last nine Europa Conference League matches.

"[Feyenoord] is known for always attacking," Eimer told SportsLine. "They do not care what's at stake, they have their foot on the gas constantly. And with players like Guus Til, Luis Sinisterra, and Bryan Linssen, this makes sense. Their best defense has always been a powerful offense. They know they concede, so their goal is always just to score more."

Now that you know what to pick, get ready to watch the match on Paramount+. Visit Paramount+ now to see the UEFA Europa Conference League, your live local AP sporting events, some of the world's other top soccer matchups, Peak originals. and much more.