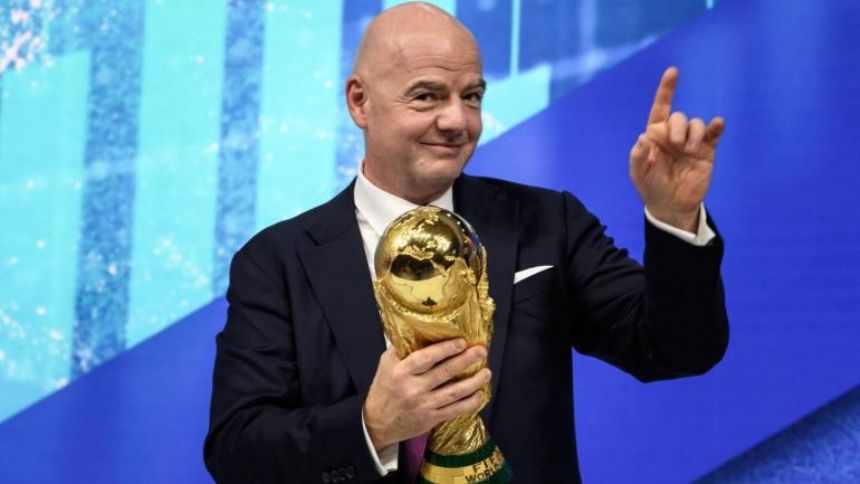 FIFA has announced that World Cup squads will be expanding to 26 players, up from the normal 23. The decision came from the Bueau of the FIFA Council -- composed of FIFA president Gianni Infantino and the six confederation presidents. This was an expected move after the International Football Association Board to the laws of the game earlier this month.'

In FIFA's statement, there are a few key points that are clarified, including that release squads will be increased from 35 to 55. These are the preliminary squad lists that are narrowed down to make the final matchday squad. If an injury occurs to someone in the matchday squad, they can only be replaced by someone on that preliminary squad list. The deadline for setting the final 26 players for the World Cup will be on November 13.

Finally, only 26 people will be allowed on the team bench -- 15 substitutes and 11 team officials. While the World Cup will be played in November in air-conditioned stadiums in Qatar, the squad changes and increased substitutions will help players stay fresh due to not getting a proper winter break after a compressed summer.

How does this impact the United States?

Luckily for United States men's national team manager Gregg Berhalter, he had assumed that squads would be set to 26 for months now and has proceeded as such. He even admitted that if they were cut to 23 that he'd have some tough decisions to make. In our , I touched on the versatility that the United States has available to them, and in using five subs, Berhalter can change the entire gameplan in one substitute window. Speaking of substitute windows ...

How do five subs work?

Managers are expected to make their substitutions during three windows during play. This is to ensure that they don't have more chances to add more stoppage time to matches. For example, if a manager makes two subs in the 60th minute, and then one in the 65th, the next two subs will need to be made at the same time. If they choose to make one more sub after, that uses all available windows and the fifth sub would be essentially burned. Subs made during halftime don't count toward these windows.

With the Premier League and other European leagues adopting larger squads and more substitutes, it was only a matter of time until FIFA made this decision. Managers and players have been getting used to larger squads without much of an issue and it has the benefit of adding more opportunities for young players to get minutes when a game is likely won.'