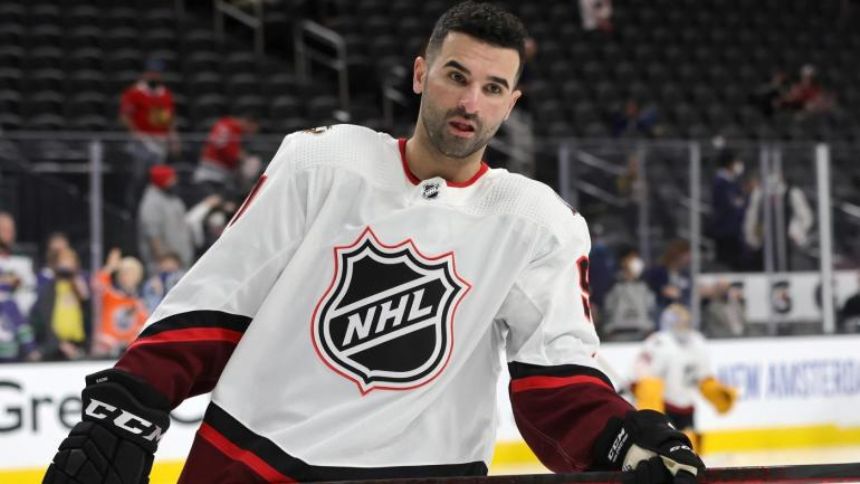 There's been quite a bit of turnover when it comes to the Calgary Flames during the offseason. For new Flames center Nazem Kadri, he's a huge fan of the direction that the franchise is heading.

On Thursday, Kadri, who was the top remaining free agent on the market, signed a seven-year, $49 million contract with the Flames after spending the last three seasons with the Colorado Avalanche.

"It's certainly an elaborate process and took some time," Kadri said during a press conference on Friday. "Calgary was always been a team that has been interested since Day 1, which is always something that I've respected and acknowledged. It was definitely a tricky process, but there was some decisions to be made. I'm an Canadian boy, love the city of Calgary, and more importantly, love the direction of the team."

Kadri did state that the process of getting a deal done took a little longer because of the salary cap maneuvering that the Flames had to complete. Before Kadri's deal became official, Calgary for future considerations.. Monahan had one year remaining on his contract with a cap hit of $6.375 million.

The Flames' offseason has definitely been one that has had its fair share of challenges. Just hours before free agency opened last month, star winger Johnny Gaudreau informed the Calgary front office that he wouldn't be re-signing with the team before ultimately landing with the Columbus Blue Jackets.

Following Gaudreau's exit, one of the team's other top assets, Matthew Tkachuk, expressed his desire to be traded out of Calgary. Just two days after asking for a trade, the Flames traded Tkachuk to the Florida Panthers in exchange for two-time All-Star winger Jonathan Huberdeau, defenseman MacKenzie Weegar, forward Cole Schwindt, and a lottery-protected first round pick in 2025. Earlier this month, Huberdeau with the Flames.

"Well, it was certainly a great rebound. It's not easy losing your two best players and that was something that I'm sure a lot of people were concerned about," Kadri said when asked about the Flames current roster. "In retrospect, the return has been pretty significant. I looked up and down the lineup. We've got the center ice position specifically that can match up with anybody. We're deep on the defensive core and obviously a great goaltender [Jacob Markstrom]. I think there's definitely things to propel yourself into some success."

Kadri has become one of the sport's top centers in recent years. During the 2021-22 season, Kadri tallied a career-high 87 points (28 goals and 59 assists) as a member of the Stanley Cup champion Avalanche. The 31-year old also scored seven goals while recording eight assists in 16 postseason games.

At this stage of his career, Kadri still wants to play for a Stanley Cup contender. In joining the Flames, he believes that he'll have that opportunity.

"Ultimately, it's about winning and being a contender," Kadri added. "I feel like that played a huge factor in me coming to Calgary. Understanding that the time is now and certainly could be close with the moves we've made, including myself hopping on board."