Football drove USC and UCLA to the Big Ten, but could (eventually) mean big changes in college basketball, too 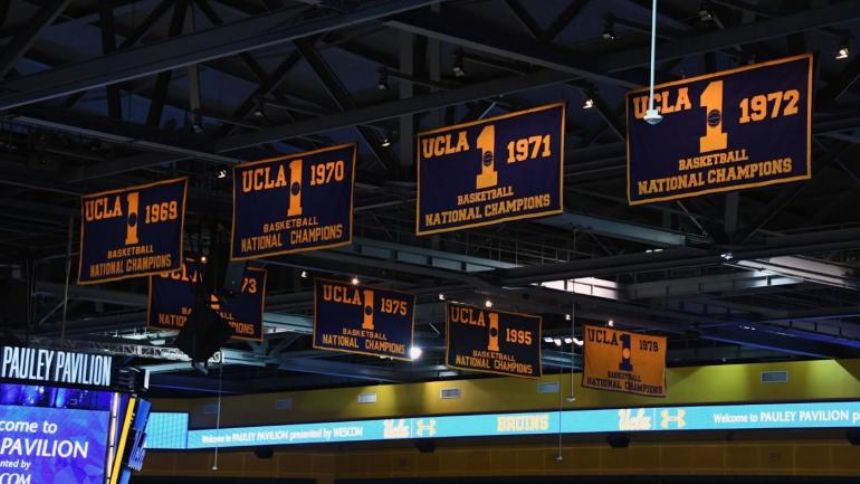 UCLA has won 11 national championships in the sport of men's basketball. That's more than any other program. The tradition is strong. The trophy case is big. But that's not why the Big Ten announced Thursday that it will accept UCLA and USC as league members in 2024.

Basketball just doesn't matter much in these matters.

The reason the Big Ten announced Thursday that it will accept UCLA and USC as is because USC is one of this nation's biggest and best football brands. That's the prize. And if you're taking USC, you might as well take UCLA because then you'll have the in the second-biggest television market in the United States. Plus, traveling partners and all that.

Conferences are realigning ... again. And though this has been a constant thing for decades now, it's hard not to feel like what happened Thursday represents something different because it suggests that the Power Five will soon be gone and replaced by a Power Two of a super-sized Big Ten and a super-sized SEC.

Both leagues are expected to, in the coming weeks or months or years, get to 20 members and maybe more. Washington and Oregon could follow USC and UCLA to the Big Ten. Clemson and Florida State could join Texas and Oklahoma in the SEC. North Carolina and Duke are sensible Big Ten candidates. Miami and Virginia Tech are reasonable SEC candidates. So on and so forth.

The possibilities are endless.

(Yes, there are contracts to get around. But that's what lawyers are for.)

At some point, most assume, somewhere between 40 and 50 of the biggest brands in college athletics will either be in the Big Ten or the SEC. As previously noted, basketball relevance will have little to do with which schools are pursued. But that doesn't mean these developments won't impact basketball.

Which brings me to what I really want to write about -- the NCAA Tournament.

How confident are we that it'll remain untouched?

AP and Turner have a contract to broadcast the NCAA Tournament through 2032. So we should be cool for a decade, I guess. But if the Big Ten and SEC are indeed super-sized leagues pushing a combined 50 members when that contract expires, how crazy is it to think the SEC and Big Ten could grab another league or two -- or not -- and offer networks a postseason tournament featuring nothing but schools from those leagues? Does it sound any crazier than UCLA and Rutgers being in the same conference?

I recently asked a television executive about the possibility of something like this happening, and he more or less told me it would probably be more lucrative but likely be an inferior product because, just about everybody agrees, one of the things that makes the NCAA Tournament special is how all the teams from all 32 leagues have access to it. Without that, you never get Saint Peter's over Kentucky. Or George Mason to the Final Four. Or Dunk City. Or Davidson's Steph Curry becoming a star by bouncing through the bracket.

But the only thing I heard is "more lucrative."

Would they mess with it then?

Before you answer, remember, SEC commissioner Greg Sankey has already floated the idea of an SEC-only postseason tournament in football -- and if he's willing to put ending the CFP as we know it on the table, I can't imagine he's unwilling to put ending the NCAA Tournament as we know it on the table. He doesn't strike me as the sentimental type. Big Ten commissioner Kevin Warren doesn't either.

Today, it was USC and UCLA. Soon, more will follow suit.

Exactly how it all shakes out is impossible to predict. But nothing seems safe anymore. Not the Pac-12. Not the Big 12. Not geographical rivalries, traditions or even a 68-team NCAA Tournament with access for all.