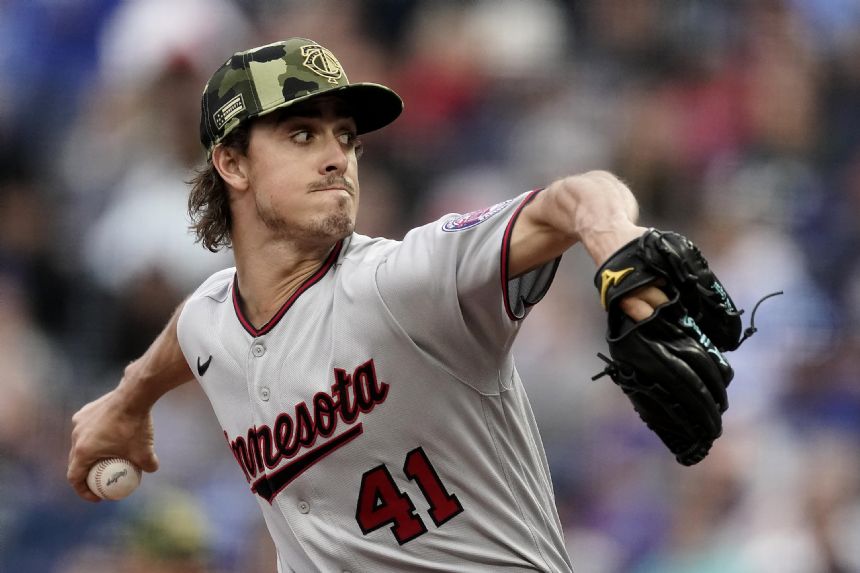 KANSAS CITY, Mo. (AP) - Joe Ryan struck out six and the Minnesota Twins capped the game with a four-run ninth inning for a 9-2 win over the Kansas City Royals on Saturday night.

Minnesota had a pair of two-run innings and was ahead going into the ninth, when the offense erupted - including two-run double by Carlos Correa. The top six batters in the Twins lineup all collected RBIs in the win, and Minnesota's Luis Arraez had two RBIs and scored on a wild pitch.

Emmanuel Rivera hit his second home run of the series with a solo shot in the seventh, and Andrew Benintendi went 3 for 3 with a walk and an RBI for the Royals.

Kansas City entered the game batting .154 with bases loaded and came up empty in its lone opportunity in the sixth, trailing 4-1 at the time. The Royals left eight on base overall.

Bailey Ober (1-1, 2.75) is scheduled to start for Minnesota in the series finale on Sunday afternoon. Kansas City had not announced a starter as of Saturday night.