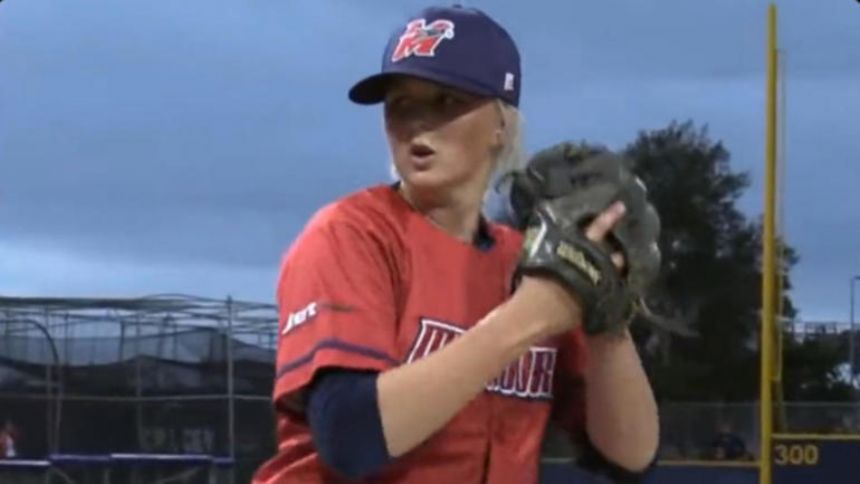 History was made Friday night. Genevieve Beacom, a 17-year-old left-hander for the Melbourne Aces, made her Australian Baseball League debut and became the first woman to pitch for a professional team in Australia. She pitched around a leadoff error and a walk in a scoreless inning in Melbourne's loss to Adelaide Giants (ADL 7, MEL 1).

"If anyone tries to push you to do something you don't want to do, push you to softball or play a sport that you 'should' be playing, don't listen," Beacom said after the game (video link). "Do what you want to do and just know that if you work hard enough, you can definitely make it somewhere. It's not impossible. You can see it can be done."

Beacom showed an impressive fastball/curveball combination in her one-inning outing, and her mechanics and mannerisms on the mound look positively Jon Lester-ian.

Previously, Beacom became the first woman to pitch in the Victorian Summer Baseball League, and the first woman named to the Baseball Victoria under-16 team. The Aces recently signed her as a developmental player for the 2022-23 season and their manager, former MLB reliever Peter Moylan, said Beacom's debut was one of the coolest things he's witnessed in baseball.

"I have watched this young lady develop as a baseballer from her junior days, including playing for Victoria and Australia, and doing more than holding her own against the top baseballers in the Country and from around the world," Moylan said in a statement after the Aces signed Beacom. "If anyone thinks this is just a token selection, then they need to think again because she has 100 percent earned her spot on the development list with the Melbourne Aces."

Beacom hopes her stint in the ABL will help her play baseball at a college in the United States in 2023. "Being around the Aces will be like being in a College environment because it is so competitive, and I really believe it will help push me to become a better Baseball player overall," she said after signing with Melbourne.

The eight-team ABL is recognized as a winter league even though the season is held from November through February, when it is summer in Australia. The rosters typically consist of minor leaguers and fringe MLB roster players. Alumni include Ronald Acuna Jr., Liam Hendriks, and Kevin Kiermaier.