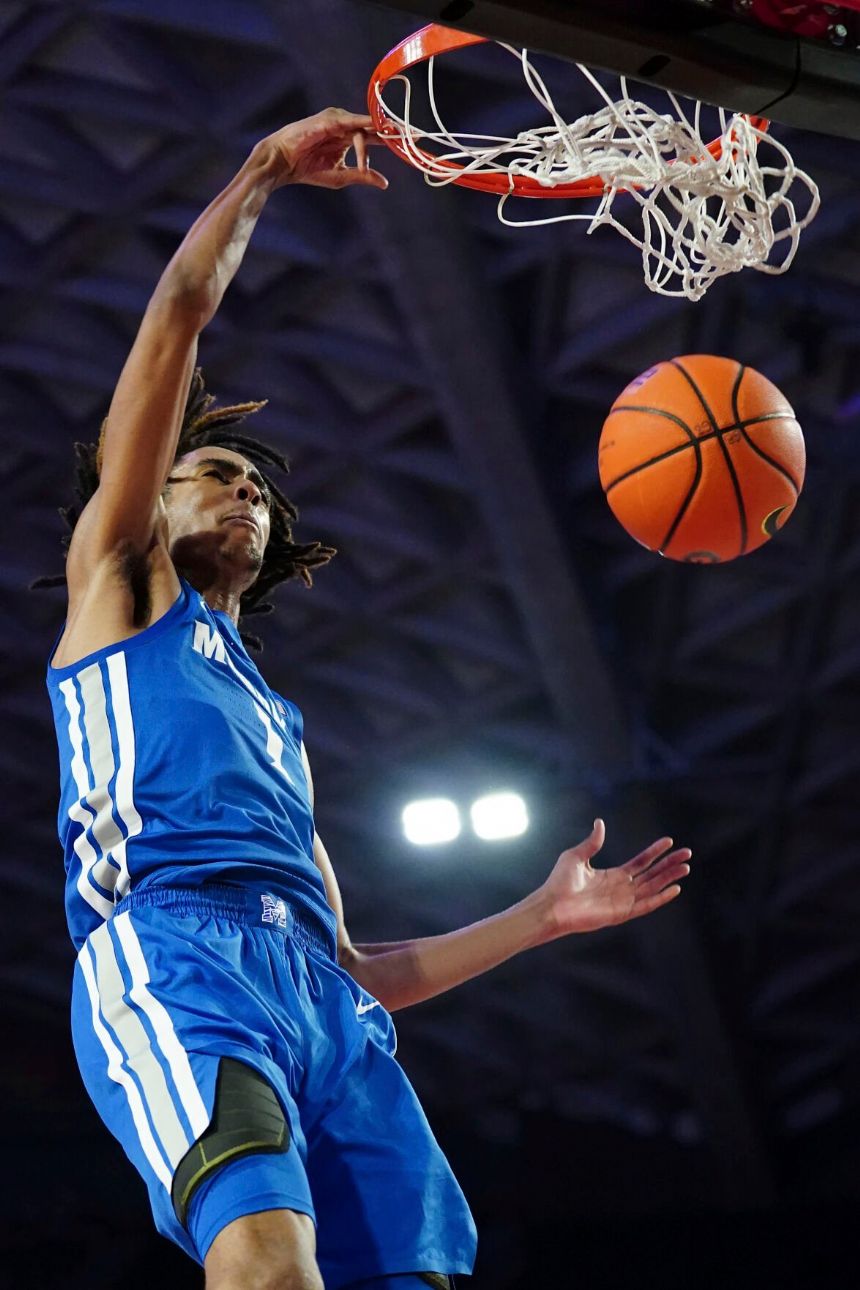 ATHENS, Ga. (AP) - Jabri Abdur-Rahim's 3-pointer with less than 2 minutes remaining gave Georgia the lead, and the Bulldogs snapped their four-game losing streak by beating No. 18 Memphis 82-79 on Wednesday night.

The 3-pointer by Abdur-Rahim, who scored 15 points, gave the Bulldogs a 78-77 lead over the Tigers, who led most of the second half. Kario Oquendo, who scored a game-high 24 points, followed with a steal and jam that extended the lead to three points.

Following a missed free throw by Landers Nolley II of Memphis, Georgia's Jailyn Ingram made one of two free throws for an 81-77 lead. A jam by Nolley, who led the Tigers with 17 points, cut the lead to two points.

Following Christian Wright's free throw, which pushed Georgia's lead to three points, Memphis was left with 4.5 seconds to set up a possible tying 3-pointer. Emoni Bates' heave from just past midcourt bounced off the rim.

The Wildcats (5-2) used an early 13-0 run that gave them a needed cushion by halftime.

Gillespie, making his 94th start over five seasons, hit four 3s in the first half and pushed back the smallest of Penn runs.

Arkansas (7-0) forced the Bears into 14 turnovers in the second half. Au'Diese Toney scored 14 of his 16 points in the final 20 minutes to ensure Arkansas' largest margin of victory of the season. Devo Davis scored a season-high 16 points for the Razorbacks, while JD Notae scored 10, giving him double digits in each of the Razorbacks' first seven games.

AMES, Iowa (AP) - Izaiah Brockington had 23 points and 10 rebounds for his third double-double of the season, and Iowa State shook off a slow start to beat Arkansas-Pine Bluff.

Shawn Williams was 4 for 7 on 3-pointers and scored 21 points to lead Arkansas-Pine Bluff (1-8). Trey Sampson scored 16 points and Kylen Milton 13 for the Golden Lions.

EAST LANSING, Mich. (AP) - Malik Hall scored eight of his 15 points in a 1:34 stretch early in the second half, helping Michigan State build a big lead it needed to hold off Louisville in the Big Ten/ACC Challenge.

The Cardinals (5-2) led late in the first half, trailed by just two points shortly after halftime and fell behind by 20 midway through the second half.

Louisville's El Ellis scored 16 of his career-high 22 points in less than six minutes, cutting the deficit to eight points with 1:26 left, but the visitors couldn't get closer. Dre Davis scored 15 points and Malik Williams had 10 for the Cardinals.