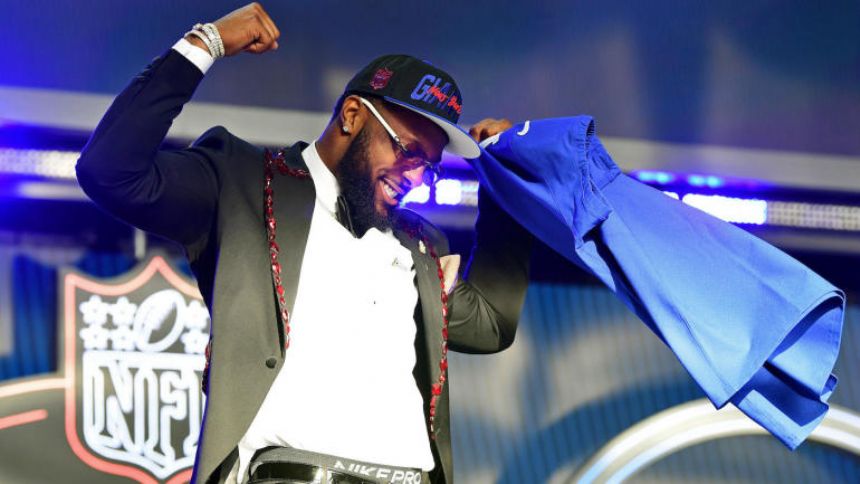 Kayvon Thibodeaux wore No. 5 while he recorded a career-high 49 total tackles, 12 tackles for loss and seven sacks in 10 games played for the Oregon Ducks in 2021. The star pass-rusher established himself as one of the premier players in college football, and he was selected by the New York Giants with the No. 5 overall pick in the 2022 NFL Draft. Giants kicker Graham Gano knew this meant that his phone was going to ring soon. Not because Thibodeaux wanted to say hello to his newest kicker, but because he wanted his jersey number.'

Like many rookies, Thibodeaux was going to have to pay to take the jersey number of a veteran player on roster. But instead of Gano just pocketing a few thousand dollars, he chose to turn this situation into something good.'

In return for the No. 5 jersey, Thibodeaux donated $50,000 to Puppies Behind Bars, which is an organization that provides service dogs for wounded war veterans and first responders, and explosive-detection canines for law enforcement. According to their website, the dogs enter prison at eight weeks old and live with their incarcerated "puppy-raisers" for two years. While the dogs get to mature and learn, the incarcerated individuals learn what it means to contribute to society rather than take from it.'

"I feel like it was where the money that Kayvon was donating would be able to make the largest impact and help the most people throughout him giving that money," Gano said, via the Giants' official website. "The whole idea behind the No. 5 being special to myself and being special to Kayvon was being able to help five people get the five dogs and be able to make an impact in five people's lives for the better. That was the whole goal behind that. I'm really excited about it."

This mission is rather close to Gano's heart as his father served in the U.S. Navy for 30 years, and he has other siblings and relatives who have served as well. Gano said he also saw this as an opportunity to teach Thibodeaux that NFL players are given a platform to make a difference in the community, and should feel privileged to do so.'