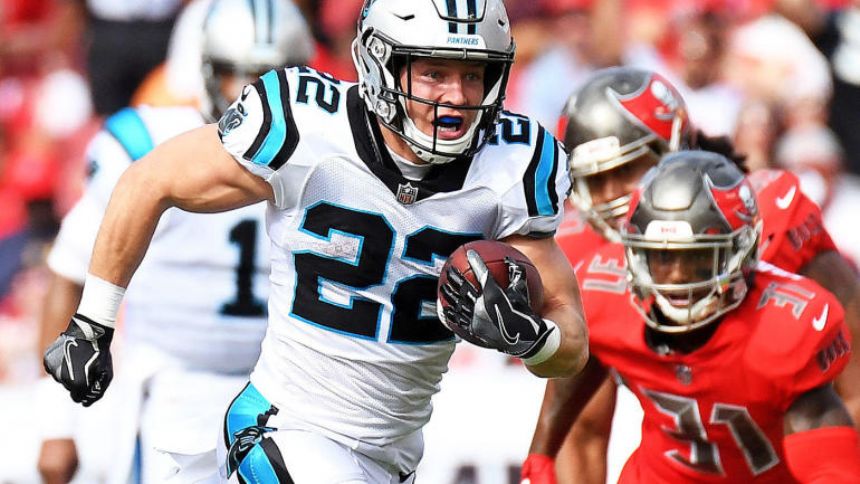 The New York Giants (1-0) will host the Carolina Panthers (0-1) in their 2022 home opener at MetLife Stadium on Sunday. Carolina is looking to rebound after the Panthers were defeated by the Cleveland Browns, 26-24 in Week 1. On the opposite side, New York went outlasted the Tennessee Titans, 21-20. The Giants covered the spread as underdogs last week, while the Panthers failed to cover.

Kickoff is set for 1 p.m. ET. New York is a 2-point favorite in the latest Panthers vs. Giants odds from Caesars Sportsbook, and the over/under is 43.5. Before making any Giants vs. Panthers picks or bets, be sure to see the NFL predictions and betting advice from SportsLine's proven computer model.'

Now, the model has simulated Giants vs. Panthers 10,000 times and just revealed its NFL expert picks and predictions. You can head to SportsLine now to see the model's picks. Here are several'NFL odds'and betting lines for Panthers vs. Giants:

Why the Giants can cover

Quarterback Daniel Jones got the ball out quickly and into his playmakers' hands in the win last week. Jones went 17-for-21 for 188 yards with two passing touchdowns. The Duke product has the athleticism to make plays with his legs as well. He also logged 25 yards on six carries in Week 1.

Receiver Sterling Shepard is a smart and elusive route runner for New York. Shepard has reliable hands with strong footwork to get open. The Oklahoma product led the team in Week 1 with two catches for 71 yards, including a 65-yard touchdown bomb. Receiver Richie James is a shifty weapon in the slot. He played well throughout the summer, impressing the coaching staff, and against Tennessee, he had six catches for 59 yards with three first downs.

Why the Panthers can cover'

Carolina's offense has plenty of electric playmakers, headlined by running back Christian McCaffrey. He is a versatile weapon as a ball-carrier and pass-catcher. The Stanford product has superb quickness and elite change of direction. On the outside, receiver D.J. Moore is a polished and smooth route runner.

Moore brings speed and savviness to the field for the Panthers. The 2018 first-round pick is an explosive leaper and wins his fair share of contested catches. Fellow receiver Robbie Anderson is a phenomenal deep threat. Anderson owns blazing speed with a great awareness to track down deep passes. The Temple product led the team last week with five receptions for 102 yards, including a 75-yard touchdown grab.'

How to make Panthers vs. Giants picks

The model is leaning Under the total, projecting 40 combined points. The model also has a strong against the spread pick, with one side hitting well over 50% of the time. See which side to back at SportsLine.

So who wins Panthers vs. Giants on Sunday? And which side of the spread cashes well over 50% of the time? Visit SportsLine right now to find out which side of the Giants vs. Panthers spread you should be all over Sunday, all from the model on a 139-98 roll on its top-rated NFL picks.