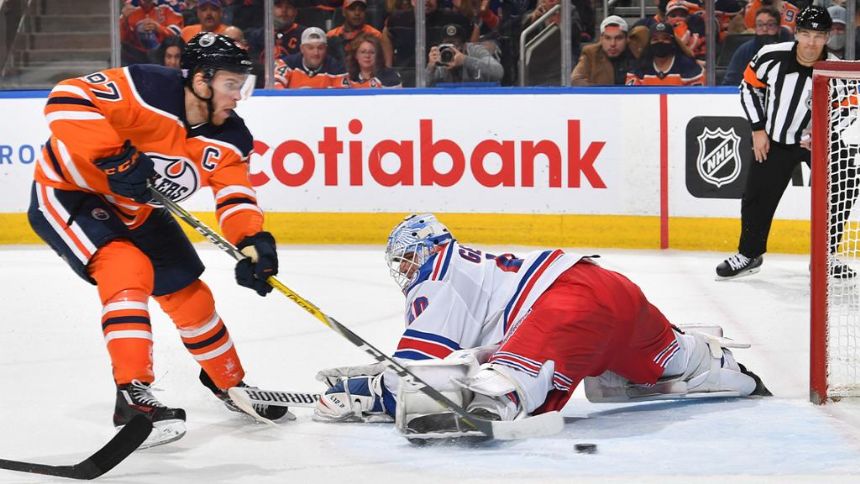 Lindgren's heroics came after the teams scored three goals each in a wild second period, including four goals in an 82-second span.

Chris Kreider, Jacob Trouba, Kaapo Kakko and K'Andre Miller all scored for the Rangers. Alexander Georgiev had 14 saves and was replaced by Igor Shesterkin, who had four saves in the third.

Minnesota rallied in the third period to tie it at 4 on two empty-net goals by Kevin Fiala and Joel Eriksson Ek over a 2:09 stretch. But the Wild couldn't score in overtime during a power play that lasted about a minute and half.

Tampa Bay also got two goals from Anthony Cirelli and one each from Pat Maroon and Alex Barre-Boulet. Elliott made 28 saves in regulation.

Marcus Foligno and Brandon Duhaime had the other goals for Minnesota, and Kaapo Kahkonen stopped 20 shots.

Johnny Gaudreau and Noah Hanifin, who both played collegiate hockey nearby for Boston College, each had a goal for the Flames, who posted their third straight win and improved to 9-2-2 on the road. Mikael Backlund also scored for Calgary, and Matthew Tkachuk had two assists.

Jeremy Swayman made 27 saves for Boston, which had its three-game winning streak snapped.