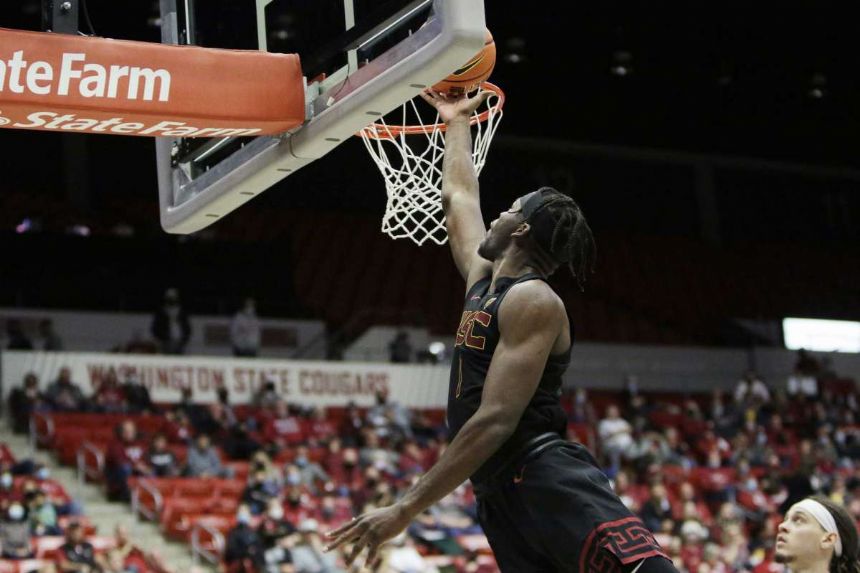 PULLMAN, Wash. (AP) - Chevez Goodwin sank a layup and a free throw with 16 seconds left to lift undefeated No. 20 Southern California to a 63-61 victory over Washington State on Saturday.

In a back-and-forth game, Southern California's offensive efficiency (50% from the field) proved to be too much for the Cougars, who shot just 38%

Washington State made its first four field goal attempts to take an early lead, and led 32-30 at halftime despite going over seven minutes without a field goal.

Washington State: The Cougars were undone by hitting only 22 of 58 field goals. But they made 8-of-20 3-pointers to keep it close.