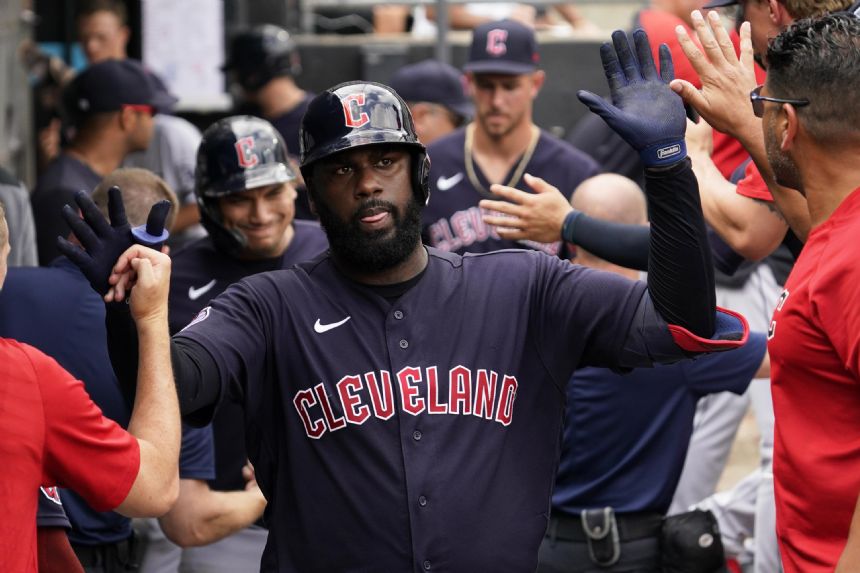 CLEVELAND (AP) - Franmil Reyes, who began the season as the cleanup hitter for the Cleveland Guardians, was designated for assignment Saturday.

The 27-year-old outfielder/designated hitter had been optioned to Triple-A Columbus earlier in the week after batting .213 with nine home runs and 104 strikeouts in 263 at-bats.

Reyes belted 37 homers in 2019 -- splitting the season between Cleveland and San Diego -- and had 30 homers and a career-high 85 RBIs in 2021. He is earning $4.55 million on a one-year contract and was arbitration eligible.

"Franmil wasn't getting to the fastballs, and the breaking balls he hit were going for singles," manager Terry Francona said. "There weren't many home runs. It was tough. It was difficult.

"We want to see our young guys play, and this gives the opportunity for somebody to claim him."

The Guardians have seven days to trade, release or send Reyes outright to the minors if he clears waivers. Reyes has the service time to reject an outright assignment by Cleveland.