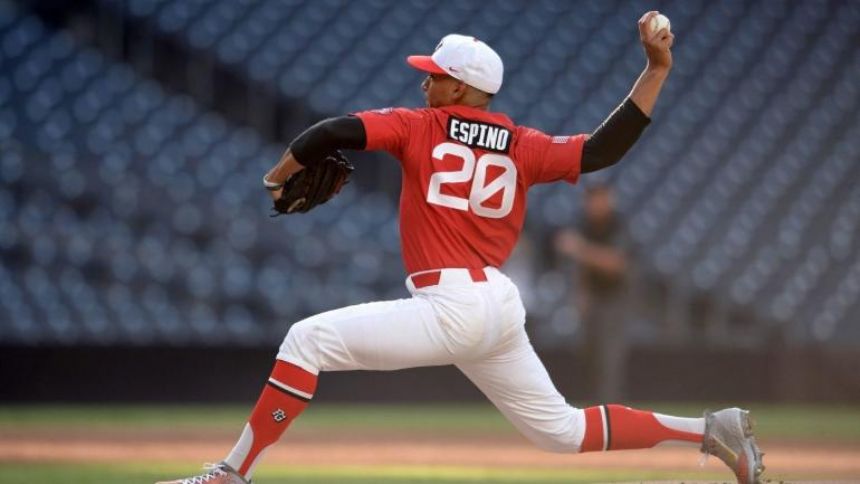 That journey finds us today focusing on the Cleveland Guardians' farm system.

History is not on the side of first-round high-school righties, yet Espino continues to reward the Guardians for selecting him 24th overall a few summers ago. In his first full professional season, he posted a bananas strikeout rate of 14.9 per nine innings across 91 frames. Arguably the wildest part of that number is that both his strikeout and walk rates improved after a midseason promotion to High-A, with the former jumping to 16.2 per nine and the latter dipping to 2.9 per nine. Espino is able to miss bats with a fastball he can dial into the upper-90s and a pair of average or better breaking balls. He needs to continue to work on his changeup and command -- he is a 21-year-old, after all -- but there's enough upside here to give him this ranking.

The Guardians have a lot of quality shortstops in their system. Right now, Rocchio is the most promising of the bunch. He's a safe bet to remain at the six, and he's already had success at the Double-A level before he could even celebrate his 21st birthday. Consider that last season he batted .293/.360/.505 in 44 games against competition that, on average, was four years his junior. Rocchio could stand to walk more frequently, and he'll probably never hit a lot of home runs; he is, nevertheless, an intriguing prospect who isn't too far off from making his big-league debut.

Freeman has an odd profile for this day and age. He's a contact-dependent hitter who neither walks nor bops, resulting in 10 combined walks and home runs over the course of 180 plate appearances at Double-A. (He missed significant time because of a torn labrum.) Defensively, Freeman doesn't have the loud physical tools that are usually required from a shortstop, suggesting he might end up at second base. Should that come to pass, he'll attempt to become Cleveland's version of David Fletcher.