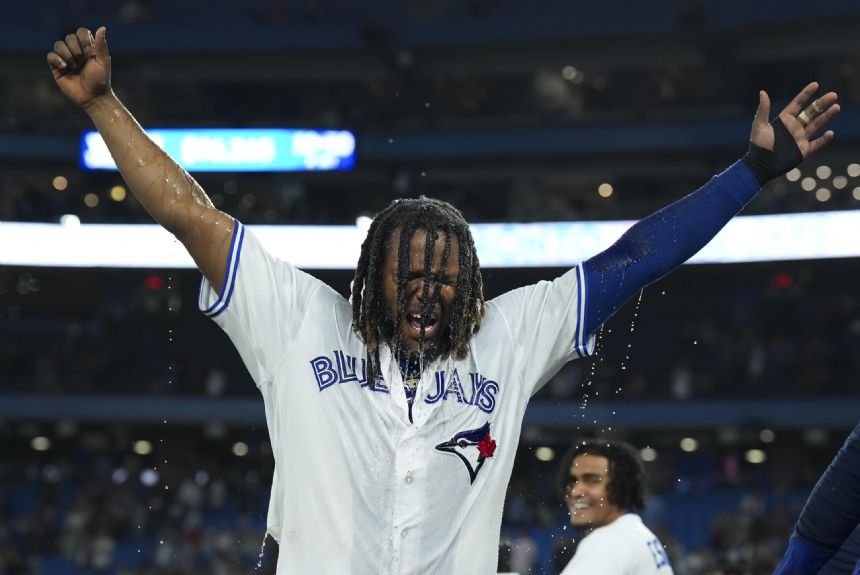 Leading off the 10th against Felix Bautista (2-2), Guerrero lined a single to left that scored automatic runner Bo Bichette from second base.

Guerrero went 3 for 4 and scored three times as Toronto won for the 15th time in 20 games.

Matt Chapman and Teoscar Hernandez each hit two-run homers in the third inning. Toronto is 17-8 when hitting two or more homers.

Adam Cimber (7-2) worked one inning of relief for the win.

Baltimore trailed 6-2 through six innings but Mountcastle connected twice, his 11th and 12th of the season, to help the Orioles tie it.

Mountcastle made it 6-3 with a solo drive in the seventh off Jose Berrios. Cedric Mullins and Austin Hays added another run with back-to-back doubles off Yimi Garcia in the eighth, and Mountcastle followed with a tying homer. It was the fifth multi-homer game of his career.

Rutschman, a catcher who was the overall No. 1 pick in the 2019 draft, hadn't driven in a run through his first 20 games, spanning 74 at-bats. He hit a two-run homer in the fourth and also doubled.

Berrios allowed three runs and three hits in seven innings, walked none and struck out eight.

Baltimore claimed INF Jonathan Arauz off waivers from Boston and optioned him to Triple-A Norfolk. To make room on the 40-man roster, LHP Zac Lowther was designated for assignment.

Thirteen of Guerrero's 16 home runs have gone 400 feet or farther.

Orioles RHP Tyler Wells (3-4, 3.86) starts against Blue Jays RHP Kevin Gausman in Thursday afternoon's series finale. Baltimore drafted Gausman with the fourth overall pick in 2012 and he spent parts of six seasons with the Orioles. This will be Gausman's first start against his former team.