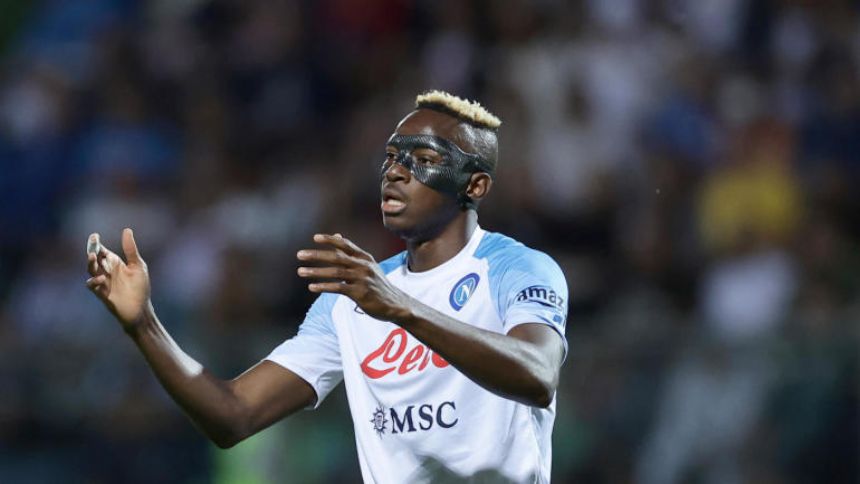 After coming up seven points short of a title run and finishing third during the 2021-22 Serie A season, opens its 2022-23 campaign on Monday against Hellas 'on Paramount+. The home side earned its third consecutive finish in the top half of the Italian Serie A table with 53 points to finish ninth a season ago. Napoli won 2-1 in Verona last season and Hellas Verona already suffered a disappointing 4-1 defeat in Coppa Italia action against Serie B side Bari to kick off its season. You can catch all the action when you'stream the match live on Paramount+.

Kickoff from Stadio Marcantonio Bentegodi in Verona, Italy is set for 12:30 p.m. ET. The latest Hellas Verona vs. Napoli odds from Caesars Sportsbook list Napoli as the +111 favorite on the 90-minute money line, with Hellas Verona as the +235 underdog. A draw is priced at +255 and the over-under for total goals scored is 2.5. Monday's match will be'streamed live on Paramount+ with their must-have Premium plan.

Paramount+'is the only place to'watch every minute of every'Serie A'match this season. Sign up now to get a'7-day free trial. A subscription also gives you access to other sports content including the UEFA Champions League and Europa League, NWSL, NFL on AP, and countless movies and shows. Get it all free for 7 days when you'sign up right here. '

Before you tune in to Monday's match, you need to see the Italian Serie A picks from soccer insider Brandt Sutton. Sutton, a former collegiate soccer player, has been SportsLine's top soccer editor for more than five years. He has followed soccer closely for much longer and factors in managerial tactics, projected lineups and past performances to make the most informed decisions possible, keeping his finger on the pulse of the game all over the globe.

For Hellas Verona vs. Napoli, Sutton is backing Napoli to get the win on the 90-minute money line for a +111 payout. After falling up short in their quest for a title last season, Napoli is reportedly listening to offers for star forward , but the talented Nigerian striker remains the focal point of the squad's attack and figures to be a central figure on Monday.

Osimhen scored both goals in an away win over Hellas Verona last season and finished the year with 14 Serie A goals in just 27 matches. He also had four goals in five UEFA Europa League matches, and Napoli will need even more productivity if he stays to be a factor in the title race. Napoli will face a Hellas Verona defense that conceded more goals (59) than any other top-half side in Serie A last season.

Now that you know what to pick, get ready to watch Italian Serie A.'Visit Paramount+ now to see Italian Serie A, your live local AP sporting events, some of the world's top soccer matchups and much more.'