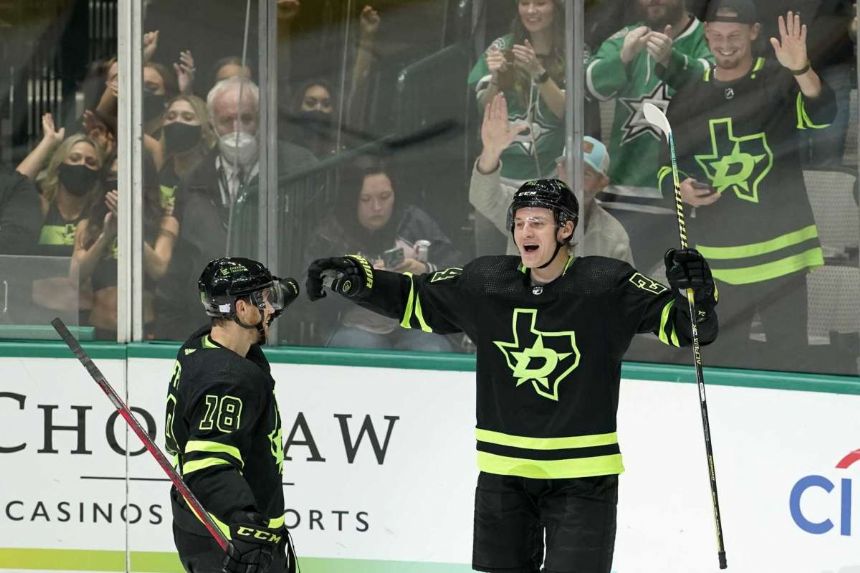 Hintz became the first Dallas player to score two short-handed goals in a game. Jamie Benn had a power-play goal and an empty-netter for the Stars.

Both short-handed goals started with a 2-on-1 rush. Each time, Michael Raffl slid a pass across to Hintz inside the edge of the left faceoff circle, and he beat Blues goalie Jordan Binnington, who made 29 saves.

With Oskar Sundqvist already in the penalty box 15 seconds into the second, St. Louis defenseman Colton Parayko was penalized for holding the stick of the Stars' Alexander Radulov. He was awarded a penalty shot, but Binnington stopped Radulov's shot from close range.

A minute and a half later, Benn scored for the third straight game, deflecting Ryan Suter's shot from the very left corner of the blue line past Binnington. Hintz's short-handed goal gave Dallas a 2-0 lead at 10:39 before Saad scored from a scramble in front at 12:19. The Stars took a 2-1 lead into the third.

After a slow start, Dallas outshot the Blues 13-11 in the scoreless first period. The best scoring chance came eight minutes in when Stars left wing Jason Robertson skated in on Binnington, who turned aside the shot.

NOTES: In 45 career games against St. Louis, Benn has 44 points, including eight goals and two assists in the last eight. ... The Blues had allowed only one short-handed goal before Saturday. ... Linesman Andrew Smith was helped off the ice midway through the first period after being hit by the puck. Play proceeded with two referees and one linesman. ... Dallas C Luke Glendening left the ice after blocking a shot in the third period, but returned later in the game. ... Stars D Andrej Sekera was out, listed at dallasstars.com as "under the weather." In his place, D Joel Hanley played for the first time since Oct. 29. The Blues reported no injuries.

Blues: Return home for one game Monday against Vegas.

Stars: Host the Edmonton Oilers on Tuesday in the second game of a three-game homestand.