Honus Wagner T-206, one of the rarest baseball cards, sells for record $7.25M 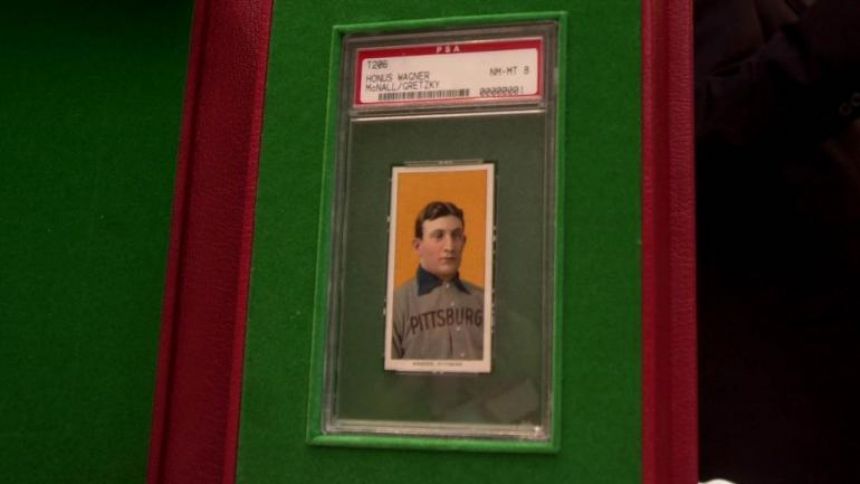 Sports memorabilia, especially trading cards, have become a hot commodity in recent years. The most prized card on the market -- and one of the most iconic baseball cards ever -- a Honus Wagner T-206, just set another record for the most expensive card ever sold.

The 1909-1911 Honus Wagner T-206 was recently purchased for a whopping $7.25 million, per a report from USA Today. That shattered the previous record, which was set by the same Honus Wagner card (which was graded lower) at $6.6 million.

Ken Goldin, the founder of sports memorabilia company Goldin, oversaw the sale. Goldin explained that the rarity of the Honus Wagner card is what drives its value. Collectors see it as the ultimate trophy on their mantle.

"It's just so rare," Goldin told USA TODAY Sports. "It's a flag-bearer for the industry, especially for cards. Anybody that gets into the hobby and has money, it's a status symbol. 'Do you have a Wagner?' There's so few of them."

The face of the most valuable trading card in existence, Wagner is most well known for his 18 seasons with the Pittsburgh Pirates from 1900 to 1917. In his time with the Pirates, Wagner hit .328 with 82 home runs and 1,474 RBI. In 1909, Wagner helped lead Pittsburgh to a World Series championship.

After collecting a World Series ring and leading the National League in batting eight times, Wagner was part of the Baseball Hall of Fame's inaugural class in 1936. The Pirates retired Wagner's number 20 years later in 1956.