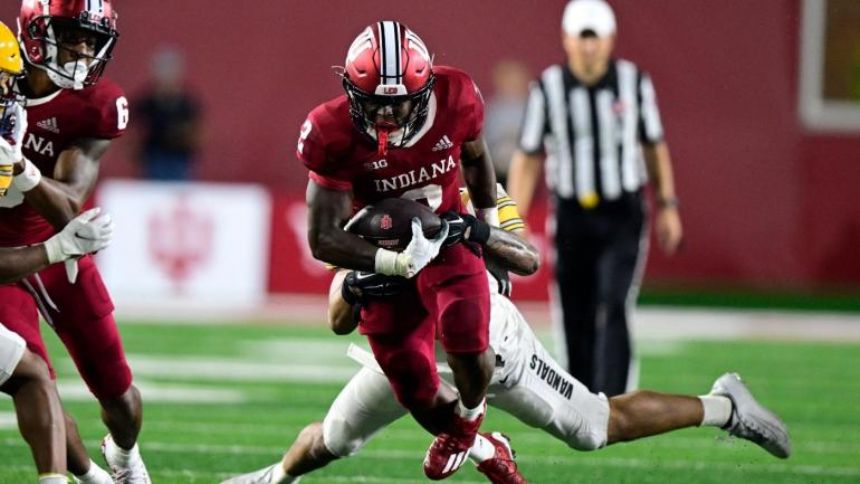 The Indiana Hoosiers will try to build on their 2-0 start to the season when they face the undefeated Western Kentucky Hilltoppers on Saturday afternoon. Indiana has opened its 2022 campaign with wins over Illinois and Idaho, while WKU has notched wins against Austin Peay and Hawaii. The Hoosiers came away with a 33-31 road victory when these teams met last season.'

Kickoff is set for noon ET. The Hoosiers are favored by 6.5 points in the latest Indiana vs. Western Kentucky odds from Caesars Sportsbook, while the over/under is set at 61.5. Before entering any Western Kentucky vs. Indiana picks, you'll want to see the college football predictions from the model at SportsLine.

Now, the model has set its sights on Indiana vs. Western Kentucky. You can head to SportsLine to see its picks. Here are several college football odds for WKU vs. Indiana:

Indiana was laying 9.5 points on the road when these teams met last season, so the Hoosiers are being offered at a discounted price at home this week. They have taken care of business during their first two games, picking up wins over Illinois and Idaho. Indiana is also in a good scheduling spot, playing its third consecutive home game to open the year.'

Senior running back Shaun Shivers has rushed for 183 yards and two touchdowns on 35 carries, averaging 5.2 yards per touch. He is facing a Western Kentucky defense that allowed 171 rushing yards to Austin Peay in Week 1. The Hoosiers are a perfect 8-0 in their last eight games against a Conference USA opponent, while the Hilltoppers are winless in their last nine tries against a Big Ten team.'

Western Kentucky has gotten off to a strong start this season, picking up double-digit wins over Austin Peay and Hawaii. The Hilltoppers had a week off after their 49-17 win over Hawaii on Sept. 3, so they will be rested and prepared for this matchup. They nearly pulled off an upset against Indiana last year, providing them with some motivation heading into Saturday's game. '

The model has simulated Indiana vs. Western Kentucky 10,000 times and the results are in. It is leaning Under on the total, and it's also generated a point-spread pick that is hitting in over 60% of simulations. You can only see the pick at SportsLine.