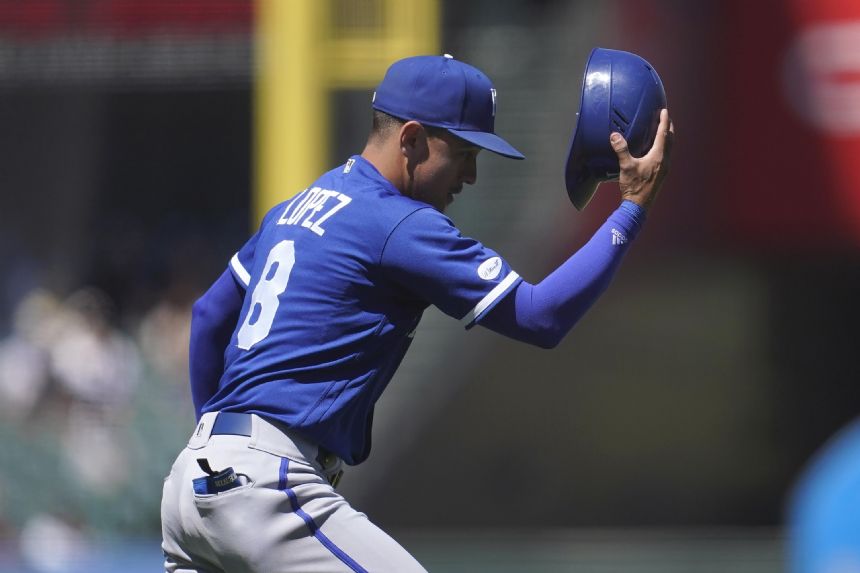 NEW YORK (AP) - Kansas City infielder Nicky Lopez went to salary arbitration with the Royals on Thursday, asking for $2.9 million instead of the team's $2.55 million offer.

Melinda Gordon, Scott Buccheit and John Woods heard the arguments and are expected to issue a decision on Friday.

Lopez had career bests of a .300 average and 22 stolen bases in 23 chances last season, when he had two homers and 43 RBIs. He made $597,500 and was eligible for arbitration for the first time.

The 27-year-old shortstop and second baseman is hitting .216 with five RBIs and four steals this year.

No statistics or evidence from after March 1 are admissible other than contract and salary comparisons. The timing was set when Major League Baseball and the players' association agreed to the deal that ended the lockout.

All-Star outfielder Jesse Winker and Seattle avoided a hearing when they agreed Thursday to a $14.5 million, two-year contract.

Arbitration hearings usually are held during the first three weeks of February but were delayed by the lockout.