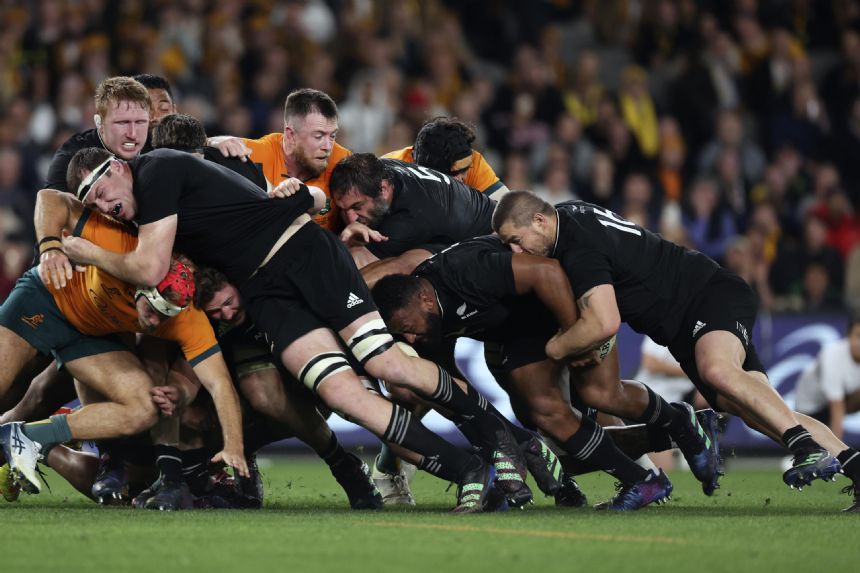 Cane failed a head injury assessment during the test between the All Blacks and Wallabies at Melbourne last week and has taken a limited role in training this week. New Zealand beat Australia 39-37 in that match to retain the Bledisloe Cup for a 20th straight year.

His absence contributes to a major reshuffle of the All Blacks' back row for the test at Eden Park in Auckland. Ardie Savea returns at No. 8 after missing the Melbourne test while on paternity leave and Dalton Papali'i will start in Cane's place on the openside flank.

Akira Ioane has been recalled on the blindside flank and Scott Barrett drops out of the match-day 23.

Codie Taylor has been named at hooker in a surprising selection, taking over from Samisoni Taukeiaho who scored two tries in Melbourne and has been one of New Zealand's form players this year. Taylor was dropped earlier this season after a run of poor form.

Beauden Barrett will start at fullback in a backline reshuffled because of injuries to midfielders David Havili and Quinn Tupaea. Jordie Barrett moves from fullback to inside center in response to the loss of the two centers.

Havili also failed a head injury assessment in Melbourne and Tuapaea sustained a knee injury in a cleanout by Wallabies lock Darcy Swain, who received a yellow card for the incident but since has been suspended for six matches.

Rugby league convert Roger Tuivasa-Sheck is named on the bench to cover midfield. Props Ofa Tu'ungafasi and Nepo Laulala are also included on the bench along with Tuakeiaho.

The Australian team will be named later Thursday.