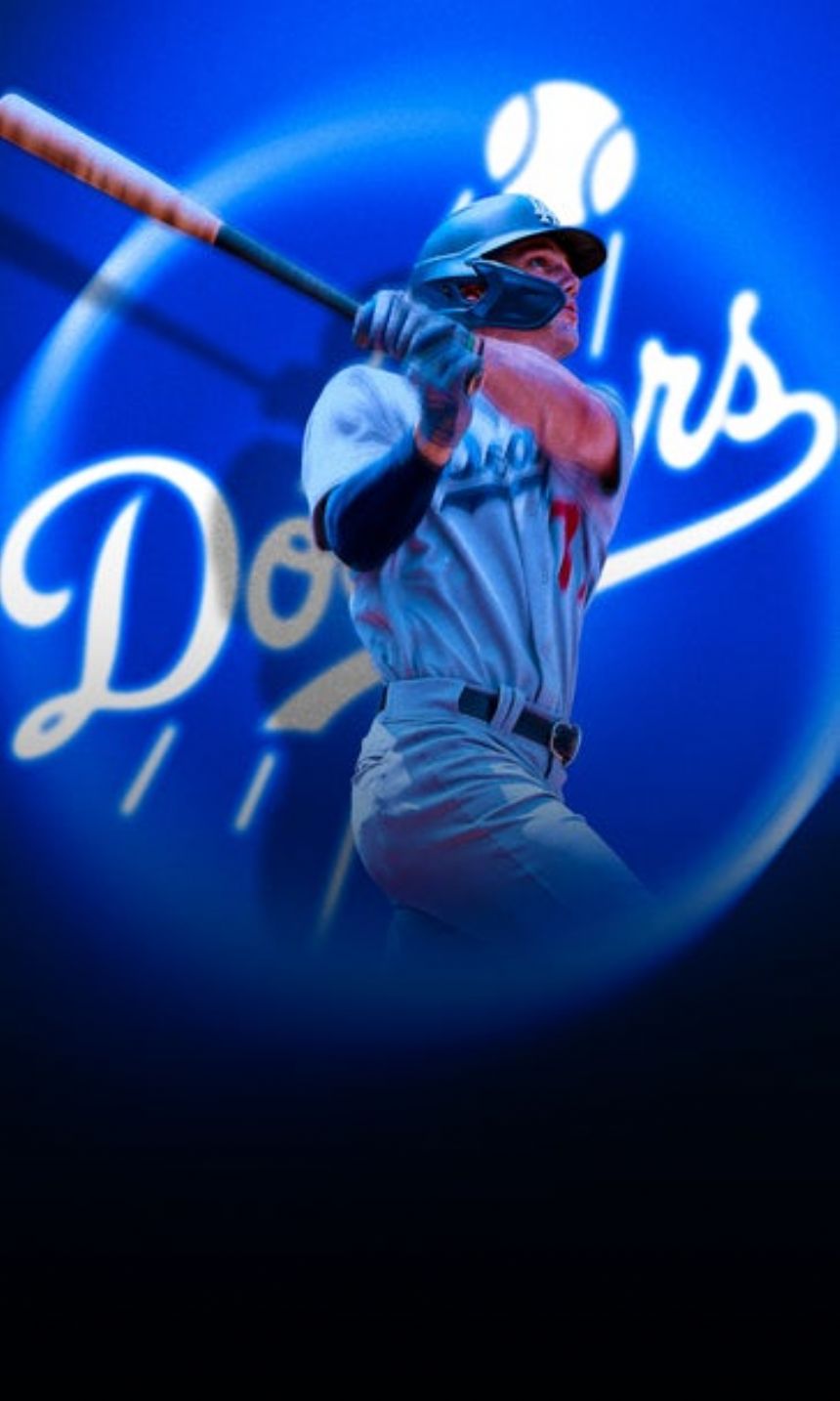 James Outman set a goal to make it to the majors sometime this year.

Still, as Friday night turned to Saturday morning in Oklahoma City, the call he received around 12:45 a.m. came as a surprise. '

Two days later, in front of his fiancee, Dasha, his parents, Matt and Maureen, and a couple rows of family and friends at Coors Field, Outman delivered a historic Dodger debut he described as "a dream come true." '

"It's kind of what I was envisioning since I was 8 years old," Outman said after becoming the first Dodger ever to record three hits, a home run and three RBIs in his first major-league game. "I'm still kind of processing everything." '

Outman's storybook start began when he mashed a sinker from Rockies starter German Marquez 405 feet to right field for a home run in his first career at-bat. He said he felt like he blacked out as soon as he took the swing.

In his first at-bat in the majors, James Outman launched a two-run homer against the Colorado Rockies to give the Dodgers the lead.

In the Dodger bullpen, reliever Alex Vesia bounced up and down on the way back to his seat with the ball in his right hand. He let everyone know he retrieved the prized possession, which will be going on a shelf in Outman's childhood bedroom.

"To be honest, I don't remember like 30 minutes after I hit that," Outman told reporters. '

Outman couldn't find his family and friends behind him in the stands, but they were going berserk. His fiancee, quivering as she recorded Outman's jog around the bases on her phone, had tears welling up in her eyes. Outman's parents hugged and high-fived. He crossed home plate with a smile across his face and entered the visiting dugout, where a high-five awaited from Clayton Kershaw and Justin Turner delivered a splash of water to the face.'

"We've been going to professional ballgames for many, many years," Outman's father told SportsNet LA during the game. "We would walk around stadiums saying, 'One day, we'll be here watching James play.'"'

Those memories flooded back Sunday as he watched his son's record debut. '

Outman became the eighth Dodger ever to homer in his first career plate appearance and the fourth in Los Angeles history to accomplish the feat. The most recent was Keibert Ruiz, the former top prospect who was dealt to the Nationals in the Dodgers' trade for Trea Turner and Max Scherzer last July.

Similar moves, and more prospect dealing, could be ahead with Tuesday's deadline approaching. '

But as rumors swirl about the next potential blockbuster deal, it's not Outman's name in the headlines. He is listed by MLB.com as the Dodgers' No. 17 overall prospect behind a bevy of top talents. Some of them, including corner infielder Miguel Vargas, might debut sometime this year. '

Yet it was Outman who received the first rookie at-bats of the season for the Dodgers - a testament to the former Sacramento State outfielder's development since getting drafted in the seventh round in 2018.'

At the time of the selection, Dodgers vice president of amateur scouting Billy Gasparino was thinking about potential. Gasparino saw Outman, a former high school football star who led the West Coast Athletic League in tackles his junior year at Junipero Serra High School, as the most athletically gifted player the Dodgers drafted that year. ''

"In terms of just tool packages, run, throw, power is all in place," Gasparino said after the pick. "A little bit of a strikeout rate issue that we think we can help, but we love the upside of this player and pick." '

Outman knew a long road awaited to get to a place where he could compete against major-league pitching. '

He described his swing changes over the past few years as a "total rebuild" and credited a number of hitting instructors and consultants throughout the organization - from Craig Wallenbrock to Double-A hitting coach Brett Pill - for getting him to this point. '

"I came in pro ball swinging the bat kind of like a caveman, really stiff and not much there," Outman said. "Tried to loosen it up and get some more length through the zone."

The whiffs have still been an issue - last year, he ranked second across the Dodgers' minor-league system with 139 strikeouts - but he also posted an .869 OPS with 18 homers and 23 steals between High-A Great Lakes and Double-A Tulsa in 2021. That was considerable progress from two years prior, when he finished with a .226/.322/.407 slash line at Single-A. ''

In 2020, while many of the Dodgers' top prospects worked out at the club's alternate site, Outman got creative making progress on his swing. He snuck into local cages in his hometown of Redwood City, California, and swept out leaves in a family friend's backyard to find somewhere to practice. '

"We went to instructs, and that's when I really first saw [the swing] kind of taking its shape," Outman said. '

He slashed .284/.422/.552 in the 2021 Arizona Fall League and never looked back, jumping from Single-A to Double-A in 2021 and Double-A to Triple-A to the majors this year while demonstrating his defensive prowess at all three outfield spots. '

When he joined the Dodgers in Colorado, manager Dave Roberts encouraged Outman to be himself and embrace the nerves.'

"And I just kind of lauded him for his work and performance to get to the big leagues," Roberts said. "As an organizational guy, there's a lot to be proud of. A lot of people had their fingerprints on James. I know we're all excited."

Sunday's debut added to the excitement.'

Outman became the first Dodger rookie to record three hits in his debut since Mike Piazza in 1992. He joined Jose Offerman (1990) and Ernie Koy (1938) as the only Dodgers ever to homer and record three hits in their MLB debut. He homered in the third inning, singled in the seventh and doubled in the eighth, finishing a triple short of the cycle in a 3-for-4 performance. '

"You can just see his joy and a day that he's dreamt about, and for it to play out like this, I can only imagine how he's feeling, his family's feeling," Roberts said. "Just a win for the entire organization."'

It is not the first time a Dodger rookie has thrived recently on the big stage. '

Corey Seager was the National League Rookie of the Year in 2017. Cody Bellinger earned the award a year later. In 2019, catcher Will Smith set a Dodger record with 12 home runs through his first 28 games. Earlier that year, Matt Beaty, Alex Verdugo and Smith became the first trio of rookies in major-league history to record three straight walk-off homers.

Sunday was a reminder of the bright present and future in Los Angeles. Outman, whose college bio page stated he "hopes to own a construction company" one day, is instead living out another dream. '

"Now, I just want to keep it going, keep putting together good at-bats and stick around, hopefully," Outman said.