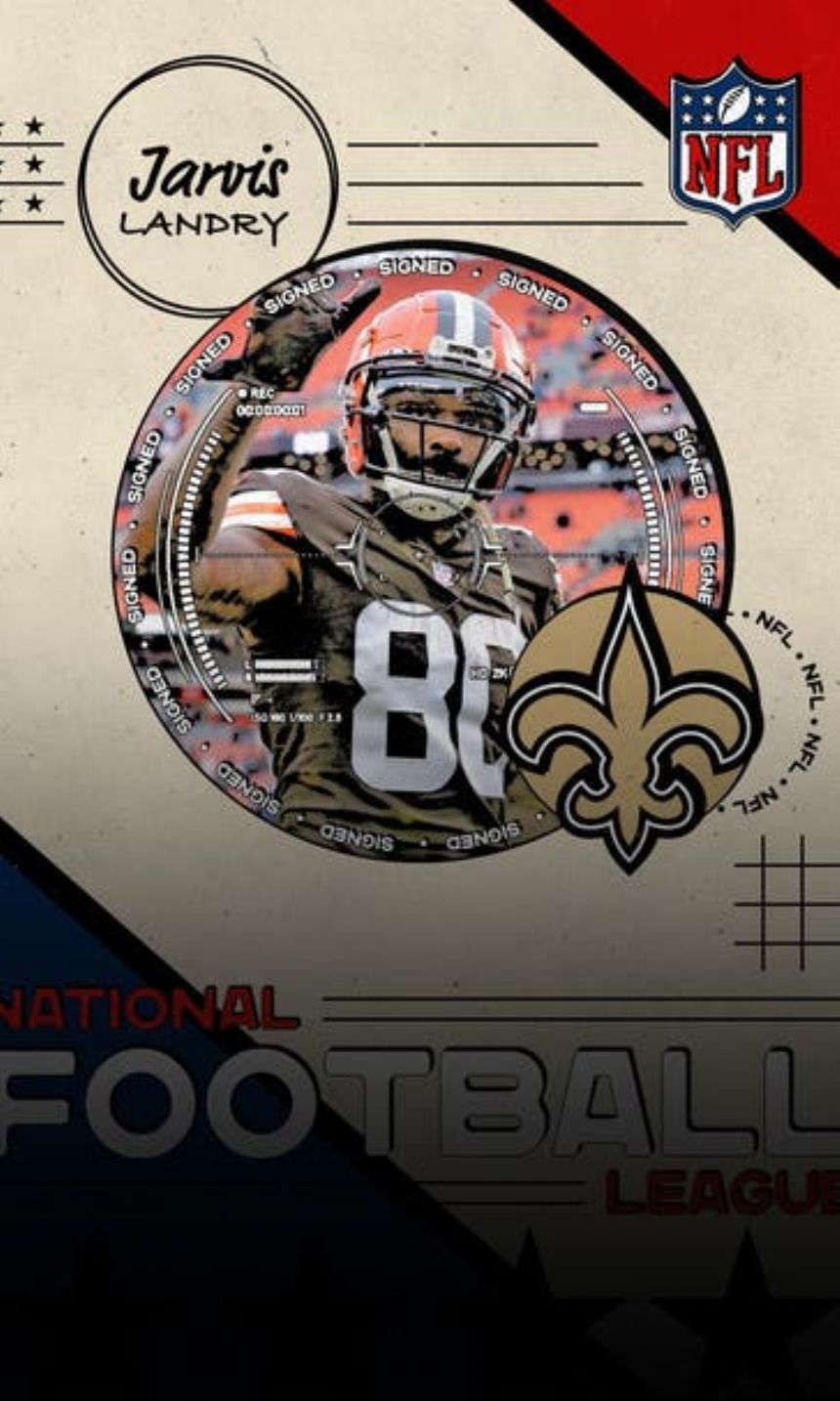 The move comes nearly two months after the Browns - where Landry spent the past four seasons - released him before the start of free agency after the two sides couldn't agree on a restructured deal.

It will be Landry's third team. In addition to his time in Cleveland, Landry also spent four seasons with the Miami Dolphins, who drafted him in the second round of the 2014 draft.'

The Saints finished last in the NFL in passing yards in 2021. Superstar wideout Michael Thomas was out the entire season with an ankle injury, while QB Jameis Winston missed the final 10 games with a torn ACL. Thomas is expected to return, Winston is recovering well, and the Saints moved up to snag Ohio State speedster Chris Olave with the 11th overall pick of the 2022 draft to beef up their receiving corps.'

Landry, 29, has caught 688 passes for 7,598 yards and 37 touchdowns in his eight seasons. He battled a knee sprain that he suffered early last season that kept him out for five weeks, finishing with 52 catches for 570 yards - both career lows - before his release.

The Saints are set to visit Cleveland in Week 16 for a Saturday matchup on Christmas Eve.