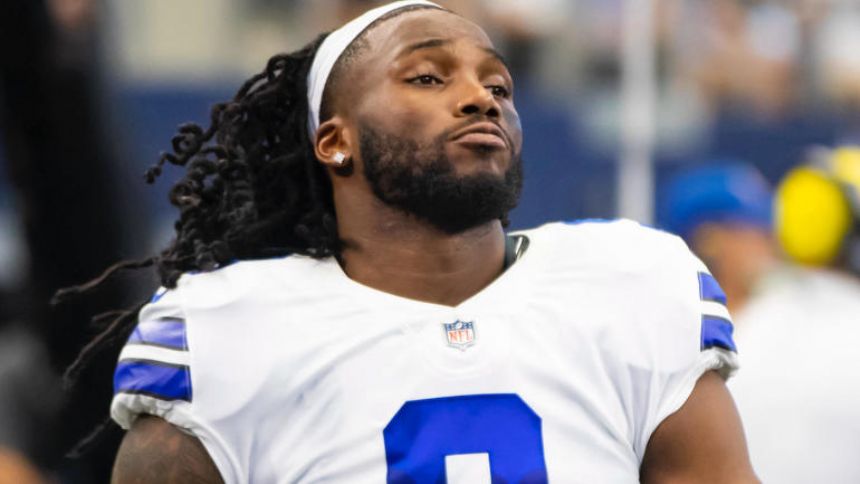 The New York Giants are bringing back a familiar face, as linebacker'Jaylon Smith is re-signing with the G-men, per his agent, Doug Hendrickson. Smith spent the 2021 season with three different teams, but ended the campaign with the Giants. In four games played with two starts in New York, he recorded 19 combined tackles, one sack and one pass defended.

Smith starred for the Cowboys in his first few NFL seasons. The Notre Dame product fell in the 2016 NFL Draft due to a knee injury suffered in a Bowl game, and was selected by the Cowboys early in the second round. While Smith missed his entire rookie year due to the injury, he made an immediate impact for Dallas in 2017, as he recorded 81 combined tackles, one sack and two forced fumbles. Smith would record at least 121 combined tackles in each of the next three seasons, and was named to the Pro Bowl in 2019.'

In October 2021, Smith was by the Cowboys -- just over two years into the five-year, $65 million extension he signed prior to the 2019 season. With the additions Dallas made at linebacker coupled by Smith's regression, the Cowboys decided to cut ties with their former star. Smith then signed with the Green Bay Packers, but played in just two games before being cut. Later in the year, Smith found his way to the Giants' practice squad, and played in four games.'

The Giants defeated the Carolina Panthers'19-16 on Sunday, and moved to 2-0 for the first time in six seasons.