Joe Flacco still believes he could be a starter in the NFL, but is embracing his role as mentor to Zach Wilson 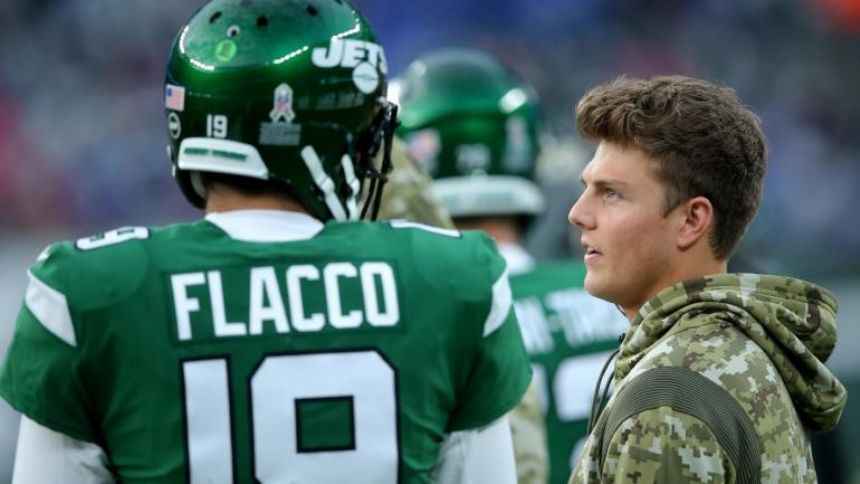 Quarterback Joe Flacco has not entered a season as a team's starter since 2019, but still believes that he has the ability to lead a team in the NFL. The 37-year-old is currently the New York Jets backup and is mentoring quarterback Zach Wilson, a role he says he is taking seriously.

Despite still believing he could be a starting quarterback, Flacco is taking no bitterness to the mentoring position he is in now. The veteran is with the Jets in order to help propel second-year QB Wilson to the next level, a job he is enjoying.

"That's my role, and I embrace it. It keeps you engaged, keeps you a part of the team. I'm not just willing to do it, but excited to do it," Flacco said,'via the New York Post.

Flacco getting a starting job is highly unlikely and unless Wilson gets injured a mentoring role is where he will probably stay.'

If the situation did present itself for him to start, Flacco backs his abilities and has others in the league backing him as well. Jets and told the media that he should be a starter in the league.

"He could start in this league, I believe that. Sometimes this league has a tendency to pigeonhole people or put labels on people, and then their opportunities get limited, but Joe Flacco is a starting quarterback in this league," .

Flacco appreciated the compliment and says it adds to his work ethic.

"I still think I have that ability to start," Flacco said. "It's good to hear people say that -- especially people that are close to the situation [Saleh]. I do believe I am still good enough to be a starting quarterback. That's what still drives me to work hard and be the best I can."

Flacco only started one game in 2021, where he threw for 291 yards and two touchdowns in the 24-17 loss to the Miami Dolphins.

Flacco was selected No. 18 in the first round of the 2008 NFL Draft by the Baltimore Ravens and since then has also been employed by the Denver Broncos'and'Philadelphia Eagles. This is his second stint with the Jets.

He helped lead the Ravens to victory over the 49ers in Super Bowl XLVII, earning MVP honors. He certainly has the experience to help a younger quarterback, starting 191 games, playing in 15 postseason games and winning 10 and playing against some elite defenses during his long career.'