Joey Gallo feels like 'piece of s--t' due to struggling with Yankees, being booed by fans 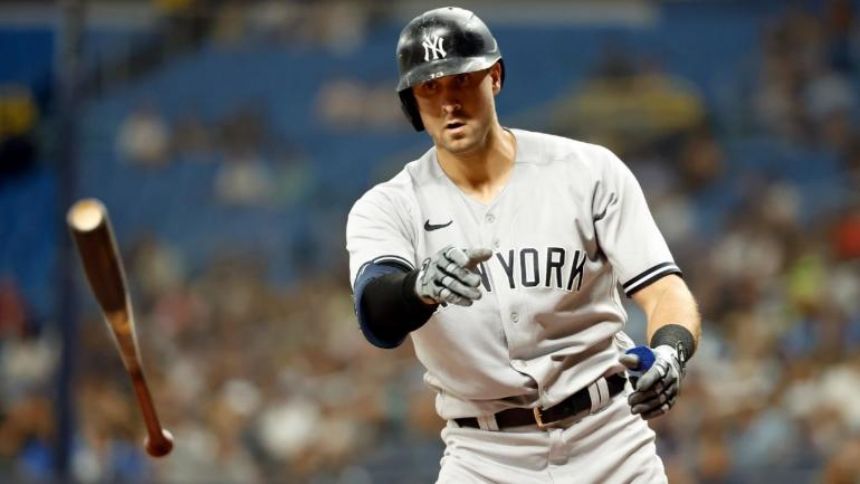 It's no secret that Joey Gallo has had a less-than-stellar tenure with the New York Yankees. As the trade deadline draws closer, Gallo is ready for the next chapter of his career with the Yankees likely to move the slugger.

In a Q&A session with NJ.com's Randy Miller, Gallo revealed that he feels like a "piece of s--t" for the way he's performed since being traded to the Yankees in 2021. Here's his response to being asked if Yankees fans have been "too tough" on him:

"I don't know how they usually are, but I don't know how much tougher they can get. Pretty much every team we play, players from that team reached out to me to say, 'Hey, bro, keep your head up. Don't listen to them.'"

Gallo added that opposing players reaching out to him makes him feel "like a piece of s--t, honestly" and that he doesn't "go out in the streets" anymore because he doesn't "want to show" his face in NYC anymore.

"I remember playing here with the Rangers watching guys get booed off the field and thinking. 'Holy s**t! I feel bad for that guy.'" Gallo said. "Now it's me. I do appreciate people reaching out, but it makes me feel like I'm a problem."

Gallo's struggles have been well-documented since he arrived in the Bronx.

Prior to his arrival, Gallo was a career .211 hitter and made his living based on his power numbers. However, he has ended up hitting .159 to go along with just 25 home runs while striking out 194 times in 501 plate appearances over parts of the last two seasons in the Bronx. In 82 games during the 2022 season, Gallo has posted a .159 batting average to go along with 12 home runs and 24 RBIs.'

The Yankees slugger has also registered 106 strikeouts while walking on just 40 occasions. Gallo is also coming off a month in which he went just 6-for-45 (.133 average) and mashed only three home runs.

"I went through a lot of adversity and I really had to question myself a lot," Gallo said. "My confidence suffered. I would say I hit rock bottom for the big leagues."

Now, Gallo is ready for a change of scenery.

"Yeah, I think feel like people are a little sick of me here, so I don't really know what else I can do at this point here," he said. "I haven't played well, so I think it'll help me to move on."