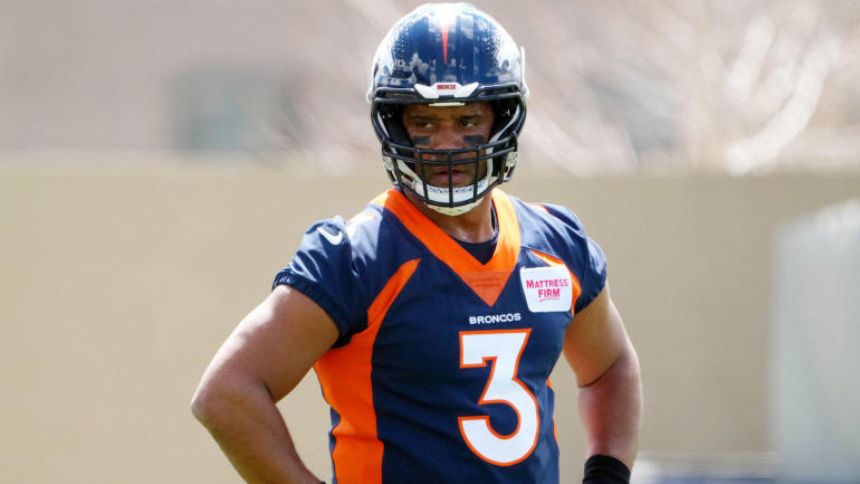 The Denver Broncos are beginning a new chapter in 2022. Not because of their new head coach or new ownership, but because of their new quarterback in Russell Wilson. Denver sent three players, two first-round picks, two second-round picks and a fifth-round pick to the Seattle Seahawks for their quarterback, but the high price tag was worth it. The Broncos view Wilson as the missing piece to being a contender.

"We're excited that he's in town, there's no question. He's kind of the piece that we needed," Broncos legend John Elway said Wednesday, via the Associated Press.

Wilson, Elway added, has "a good football team around him. George (Paton) did a tremendous job of putting that deal together and getting him up here. So, it's great to see that fan base energized again, and we've got a chance to compete in that AFC West, which is obviously going to be tough."

The Broncos have always fielded a solid team, but no quarterback to put it all together. Since Peyton Manning hung up the cleats prior to the 2016 season, Denver has started 11 different quarterbacks. Wilson, however, is both a bonafide starter and leader.

The Super Bowl XLVIII champion is a nine-time Pro Bowler and the Seahawks' all-time passing leader. Wilson is 104-53-1 in his NFL career with only one losing season, which came last year due to injury. While he's 33-years-old, the athletic Wilson still has some tread left on the tires, and could be rejuvenated by this change of scenery.

When you examine this Broncos roster, they have an offensive line that is an upgrade to Wilson, two legitimate starting running backs and a young wide receiving corps that is begging to break out. Defensively, Denver has a stout front seven and then one of the more talented secondaries in the league headlined by second-year cornerback Patrick Surtain II. It's true that the AFC West as a whole improved by leaps and bounds this offseason, but it's very possible the Broncos could be the team on top when it's all said and done.'

"Like any year, we've got to stay healthy, and we've had a tough time doing that the last several years," Elway said. "So, if we can stay healthy, Russell's been there, he's won Super Bowls. He knows what it takes and the leadership that he's providing is tremendous."