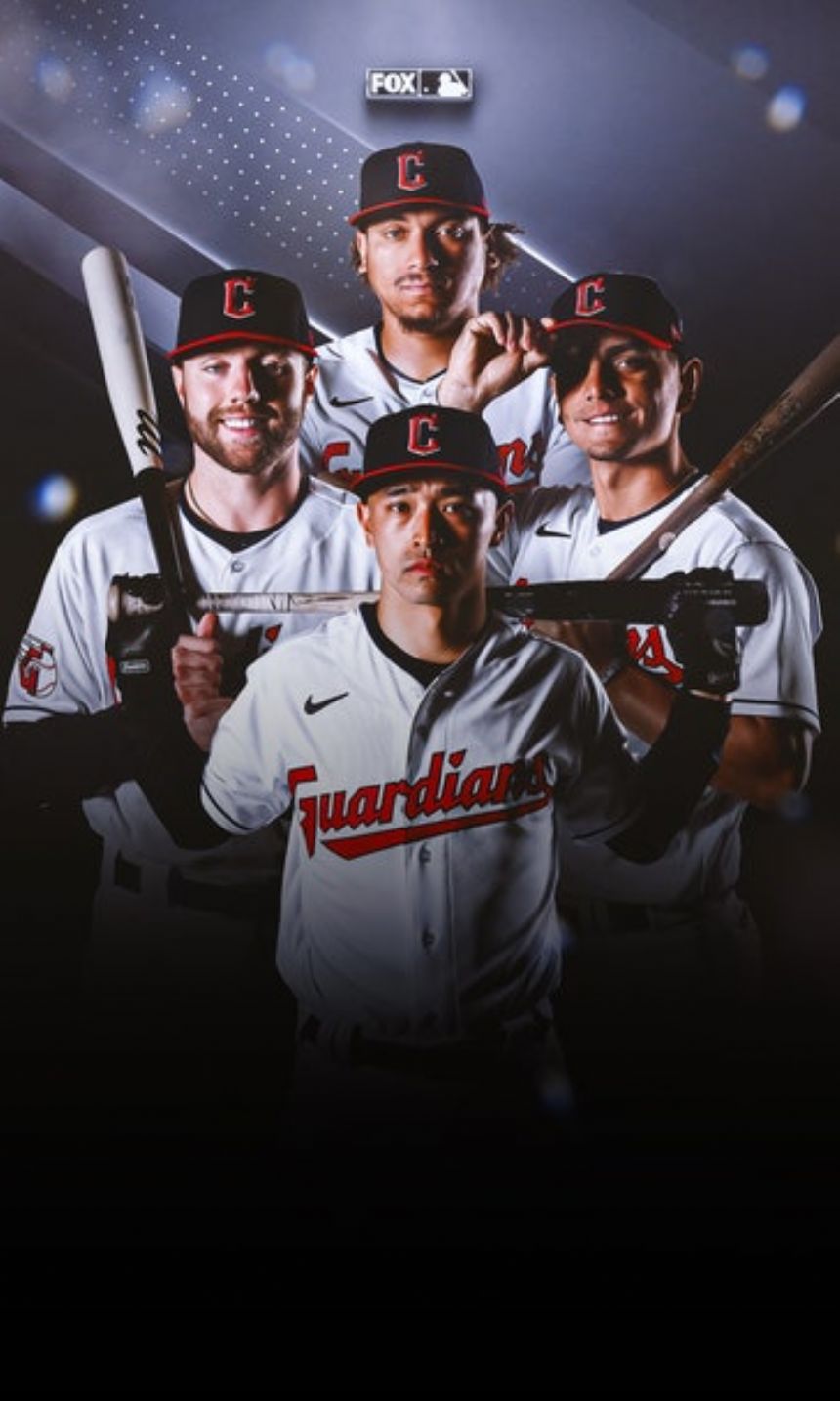 Jose Ramirez is one of the five best baseball players on the planet.

If you don't know that by now, that's a you problem. The switch-hitting third baseman is once again chillin' at the top of the WAR leaderboards in 2022, making the Cleveland Guardians feel even better about him sticking around for the long haul after signing a $124 million extension through the 2028 season.

Having someone as good as Ramirez is an excellent starting point for any offense, but this isn't basketball or football; the best player can't take every at-bat. And since the team traded Francisco Lindor to the Mets before the 2021 season, Cleveland's lineup around Ramirez has hardly looked fearsome.

Given the Guardians' roster on paper entering the season, it seemed like we would be seeing more of the same. If they were going to contend, it would be a combination of Ramirez leading the charge and a deep pitching staff preventing enough runs to sustain a below-average offense.'

Instead, we've seen numerous offensive players step up as a legitimate supporting cast for Ramirez's annual MVP campaign. Remarkably, the Guardians' offense currently ranks third in MLB in wRC+, which is not something anyone saw coming.'

Who beyond Ramirez has been making Cleveland's lineup so dangerous? Well, four names stand out.

The rookie outfielder was one of the biggest stories in baseball, thanks to a scorching start to his career in which he tallied eight hits in his first three MLB games. He has cooled off considerably since then, but he's still a valuable part of Cleveland's offense and continues to display an almost unmatched ability to put the ball in play. His 8.9% strikeout rate is second-lowest in baseball, behind only that of his teammate Ramirez, and his 95.4% contact rate is tops in MLB among qualified hitters by a comfortable margin.'

As long as Kwan can continue to put pressure on opposing defenses by making contact and using his plus speed on the base paths, he will be a menace for opposing pitchers. His style of play is also a wonderful contrast to some of the bigger boppers in the middle of the Guardians' lineup.

Even before his legendary performance against the White Sox on Monday (two homers, eight RBIs), Naylor was starting to look like the middle-of-the-order threat many envisioned when the Marlins made him the 12th overall pick in the 2015 MLB Draft.'

It has been a long journey for Naylor since 2015, and he most recently dealt with a gruesome ankle injury that ended his 2021 season and left him wondering if he would ever play again, let alone reach this level of performance.

Fortunately, Naylor made it through his rehab and is seemingly better than ever. Plus, his game has never been reliant on speed, so as long as he can stand in the box and punish pitches in the strike zone, the left-handed slugger is going to have a place in this league. His batted-ball data backs up the raw stats, too; his .410 xwOBA (Expected Weighted On-base Average) ranks 21st in MLB, just ahead of Austin Riley and Anthony Rizzo. He's the real deal, and Cleveland is lucky to have him.

The other fun thing with Naylor is that his younger brother, Bo, is also in the Guardians' organization. Josh was with the Padres when Cleveland selected Bo in the first round of the 2018 draft, but they've since been reunited and could have the chance to play together in the big leagues. Bo struggled in Double-A in 2021 but is off to a decent start with Akron this year and could factor into the Guardians' big-league catching mix at some point in 2023.

After a lackluster rookie campaign in which he posted a .551 OPS in 60 games, Owen Miller has burst onto the scene this season and has already surpassed his extra-base hit total from last year (12).

This isn't completely shocking, as Miller always hit well until his rude awakening at the MLB level in 2021. The Wisconsin native hit in college at Illinois State. He hit in summer ball in the Northwoods League. He hit in the minors after San Diego took him in the third round in 2018.'

And now here he is, hitting in the big leagues while capable of playing any position in the infield.'

Something Miller has in common with Naylor: He also has a younger brother in the minors. Owen's brother, Noah, was the 36th overall pick by the Minnesota Twins in last year's draft and is off to a strong start in pro ball.'

While there's no replacing Lindor, it has been great to see one of the players acquired from the Mets thriving this season the way Gimenez is. He already has nine multi-hit games in 2022 after having only five in 2021. He has also showcased elite sprint speed and excellent defense at second base, providing value beyond his early surge at the plate.'

I wouldn't expect Gimenez's offensive output to stay at this level, but so far this season, he has looked much more like the promising rookie we saw with the Mets in 2020 than the relatively disappointing sophomore we saw in 2021.'

Perhaps even more promising is that two of the Guardians' key players - Franmil Reyes and Amed Rosario - haven't produced much so far this season. Rosario, who was also part of the Lindor trade, had a really strong second half in 2021, including a monster August in which he hit .372/.397/.584. With him still just 26 years old entering this season, it seemed like he was primed to continue the momentum from last season, but we haven't seen it yet.

Reyes, meanwhile, was the only above-average hitter for Cleveland in 2021 besides Ramirez, and he possesses some of the most jaw-dropping raw power in baseball. He has had a few tape-measure blasts this season, but his overall line remains underwhelming.'

If those two can get going and the fresher faces continue to excel, this Guardians offense should remain near the top of the league - and the White Sox and Twins might have more to worry about in the AL Central than previously thought.'