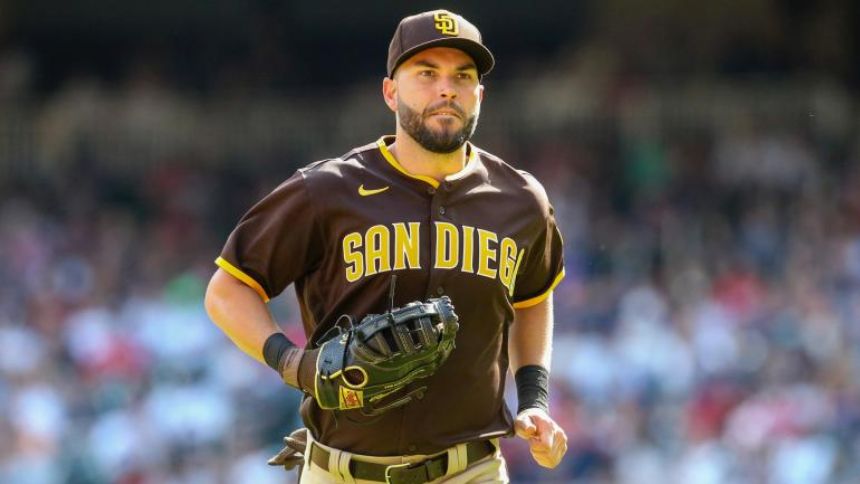 While there was some speculation that San Diego Padres first baseman Eric Hosmer could be on the move ahead of the 2022 MLB trade deadline, he was not expected to be a main focal point of the day.

That changed in major way when Hosmer held up the biggest blockbuster trade of the season so far on Tuesday.

The hit a snag due to the no-trade clause in Hosmer's contract. Hosmer exercised that clause to block a trade to the Nationals, per Mark Feinsand of MLB.com. Although that delayed the deal, the Padres were able to pivot and still put together another deal for Soto, the biggest prize of this year's trade deadline.

In 2018, the Padres signed Hosmer to an eight-year contract worth $144 million. The first three years of that contract included a full no-trade clause, and the last five include a limited no-trade clause.

The Padres were still able to move Hosmer and his contract, despite failing to do so in the Soto trade. Hours later, , a team not on his no-trade list, per a report from Jeff Sanders of the San Diego Union-Tribune.

Trading Hosmer capped off a major move by the Padres to acquire Soto and first baseman Josh Bell from the Nationals. In exchange, Washington will get a haul that reportedly includes LHP Mackenzie Gore, OF Robert Hassell III, SS C.J. Abrams, OF James Wood, and RHP Jarlin Susana.