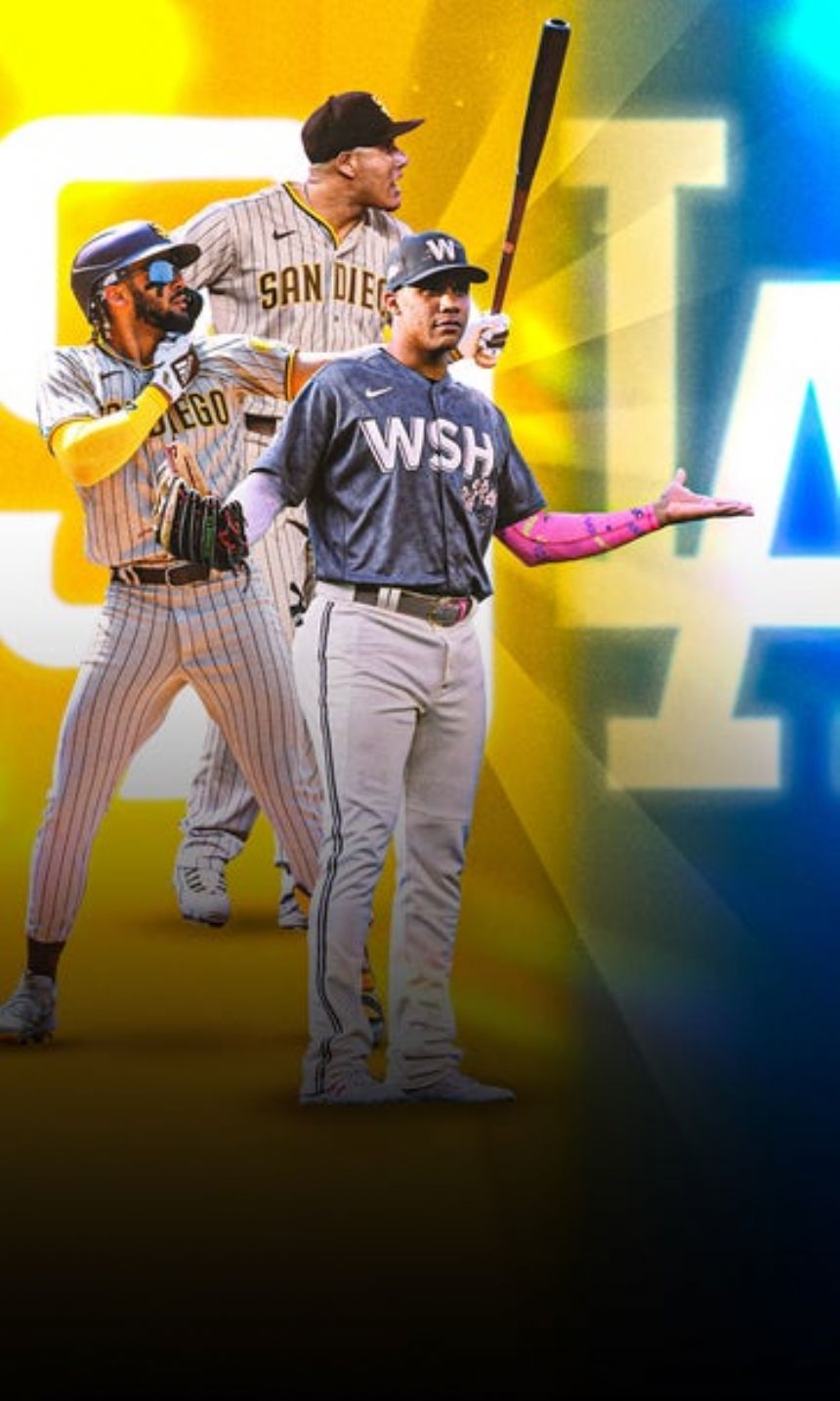 For the next three pennant races, the Padres will feature a lineup fronted by Soto, Fernando Tatis Jr., and Manny Machado. And, in this same deal, San Diego added another hitter, first baseman Josh Bell, who has been virtually as good as Soto this season.'

It looks like the Padres will have acquired the two best position players dealt ahead of this deadline.

To do so, the Padres surrendered a prospect package that could hinder their chances to win beyond 2024, when Soto is slated to become a free agent. But this deal is not about 2025 - it's about now.'

The Padres currently stand 12 games back of the Dodgers, baseball's best team, in the National League West. It's unlikely they can overtake Los Angeles. This trade, though, solidifies the Padres as a wild-card club that could wreak havoc in October. It also fuels San Diego for another run at the Dodgers in 2023.'

These teams looked like budding rivals a couple years ago. San Francisco's surprise 2021 rise to the top of the division - and San Diego's collapse - scuttled that. But the Giants have regressed in 2022, and the Padres again look like the team with the best chance to challenge the Dodgers. Together with the Padres' trade for closer Josh Hader on Monday, this deal improves their immediate chances like nothing else could.

Of course, it comes at a remarkable long-term cost: five prospects, at least four of whom are good bets to become big leaguers, as well as veteran first baseman Luke Voit.

The Nationals received an interesting balance of quality and quantity in this trade. Most deadline deals feature a prize prospect and some notably lesser talents.

Washington's package is less top-heavy, with no one player soaring above the rest. For example, Cincinnati received a comparable top talent in exchange for Luis Castillo alone. But the Nationals' package is quite deep. It's unlikely that any of them will approach Soto's excellence, but all five players they are receiving are young, legitimate prospects.

Gore and Abrams are already major-leaguers; the other three were rated as consensus top 10 Padres prospects. Susana is the least-regarded, but he is a 6-fott-6, 235-pound hard thrower who is dominating in his first go at stateside baseball in the Arizona Complex League.

At first, the Padres included veteran Eric Hosmer in the trade, too. But he used his no-trade clause to veto his inclusion; they are reportedly sending him instead to Boston. Hosmer was in the deal less as a player and more as a contract, as he is owed roughly $46 million over the next three-plus seasons.

That San Diego needed to deal him now underscores the potential issues they face by adding another high-priced player. The Padres should be commended for spending more than all their smaller-market peers, but it is unclear for long how they can afford to do so. All indications are that they want to remain under the luxury-tax threshold. With Soto due to make something approaching $50 million over the next two seasons, that will be difficult.'

That, and the enormous cost of any extension, was always the potential hold-up with a Soto to San Diego trade. All-Star Padres starter Joe Musgrove said as much hours after he learned that Washington was willing to trade him. He called the concept "incredible" but considered the reality.

"I know we have a lot of big contracts out there," he said. "After seeing him turn down $440 million, I'm not sure what that's gonna look like if he does come to San Diego."

This was two weeks ago, before Musgrove signed a big contract of his own - a $100-million, five-year pact. It is a crowded financial picture. But it's not crowded enough to sour any San Diego fans' feelings on this trade, surely. One of the most talented players the sport has ever seen, on the cusp of his prime, is a Padre, for this year and at least two more.

If they can someday sign him to a long-term contract, even better.'

The Padres last made it to the World Series in 1998. The Yankees swept them, securing the championship on Oct. 21.

The Padres' goal, clearly, is for him to end their drought.

Pedro Moura is the national baseball writer for AP Sports. He previously covered the Dodgers for three seasons for The Athletic and, before that, the Angels and Dodgers for five seasons for the Orange County Register and L.A. Times. More previously, he covered his alma mater, USC, for ESPNLosAngeles.com. The son of Brazilian immigrants, he grew up in the Southern California suburbs. His first book, "How to Beat a Broken Game," came out this spring. Follow him on Twitter @pedromoura.