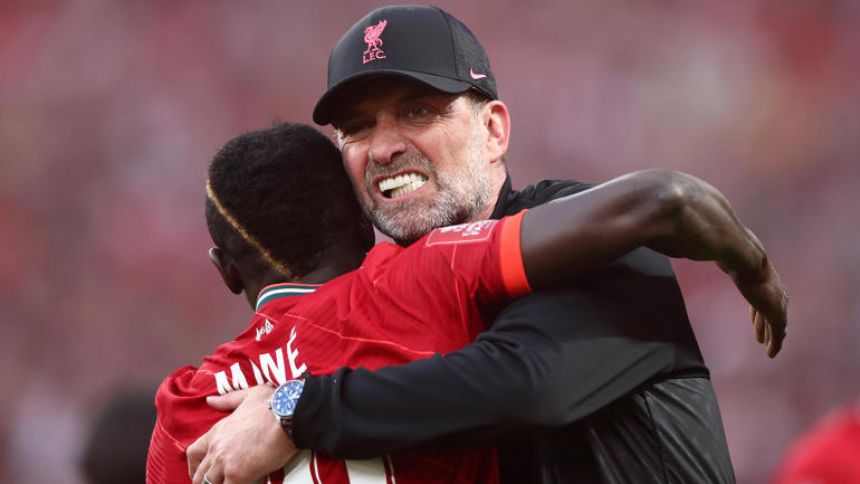 -- The first time Jurgen Klopp was preparing for the biggest game in club football, his side were blown off course by Bayern Munich even before the game had begun. It is a mark of how much the German has improved as a coach -- and of the remarkable depth of quality Liverpool have given him to work with -- that there seems to be no realistic prospect of this problem rearing its head again in Paris (Saturday, 3 p.m. ET |'Paramount+).

Nine years ago Bayern and Borussia Dortmund were the two best teams in Europe, Klopp having achieved the unimaginable of making the Bundesliga into a duopoly. One might argue that that era ended ahead of that season's semifinals when FC Hollywood struck a killer blow on their burgeoning rivals, sweeping Mario Gotze out of their hands in a free transfer.

Bayern would win the battle and the war, goals from Mario Mandzukic and Arjen Robben taking them to victory over a Gotze-less Dortmund. A year later they would secure Robert Lewandowski, not long after Klopp would be gone.

And now Klopp's preparations are disrupted by Bayern's covetous glances. Sadio Mane might have offered indications that he is going nowhere in what will be the final year of his contract, but that has done little to quell talk that he could be bound for Bavaria. Quite the opposite, in fact. Previewing the biggest game of the season, Klopp's attention was continually brought to whether his fabled frontline might, for the first time since he joined Liverpool, be broken up against his will.

"Sadio is in the shape of his life -- he's in brilliant shape, a joy to watch him in training and in the game," Klopp said. "Football has asked him a lot this year, a long season with a lot of games but one of the most successful for him and for us.

"The Bayern rumors I couldn't care less at the moment -- we are completely focused on this game he knows how important it is to him and to us. It's not the first time in my career that Bayern rumors are coming up before big games. No problems at all, though."

Craving even more coverage of the Champions League final? Listen to our bumper preview episode below and follow'ˇQue Golazo! A Daily AP Soccer Podcast'where we take you beyond the pitch and around the globe for commentary, previews, recaps and more. '

That is much truer for Klopp's Liverpool than it was when he was in charge at Dortmund. Gotze's absence, credited to a hamstring injury, robbed BVB of a major attacking weapon and sent tension and frustration coursing through the club. There was no sign of anything even approximating nerves when Liverpool took to the newly laid field at the Stade de France. The crossbar challenge was a key component of an open training session played out to a choir of giggles.

No one who has seen Mane go the extra yard game in and game out over six years at Anfield would expect speculation over his future to have a meaningful impact on his performance Saturday night. In the highly unlikely event that it did, Klopp could call on the likes of Diogo Jota and Roberto Firming to enter the fray in his place. If Mane goes once the season ends, Liverpool are prepared. They have been extensively scouting Manchester United target Jonathan David, who could be an easy fit as the facilitative forward the Senegal international has proven to be when he is placed between Luis Diaz and Mohamed Sarah.

No one is irreplaceable in Klopp's plans, though if there were someone whose absence would be keenly felt it might be Thiago.' due to the Achilles issue he suffered against Wolverhampton Wanderers, but was able to play a full part in open training and moved through the rondos in sprightly fashion. "Thiago trained yesterday with the team, will train today and then we go from there," Klopp said before the session. Fabinho has also shaken off the muscular issue that has lingered over him since beating Aston Villa on May 10.

The Spaniard may be the only question mark in a team that largely picks itself. Diaz seems to have overhauled Jota as the likely starter alongside Mane and Salah. In midfield, there may be cause for internal debate as to whether Jordan Henderson or Naby Keita starts from the off with Fabinho and, if he is fit, Thiago. Certainly, Klopp sees no reason to change the template that has got Liverpool this far.

"If I would do now something surprising for my players, for example, then they could think I'm nervous; if I pull now a rabbit out of the hat and these kind of things," Klopp said. "I believe when you do the right stuff all the time then it is the right thing to do in the final as well, but, it has to be on the highest level possible.'

"We obviously played some really, really good stuff this season, we are not here by surprise or we got a ticket or something like that -- we deserved it as well. So, being us on the highest level would be cool. If we could do that then, as I said, we are a really uncomfortable opponent.'

"A really uncomfortable opponent. That's what we have to be. We can talk about what Real Madrid achieved in the past and this season, how good their players are, we probably could write a book together now about this team. But we are good as well and that's what we want to show."