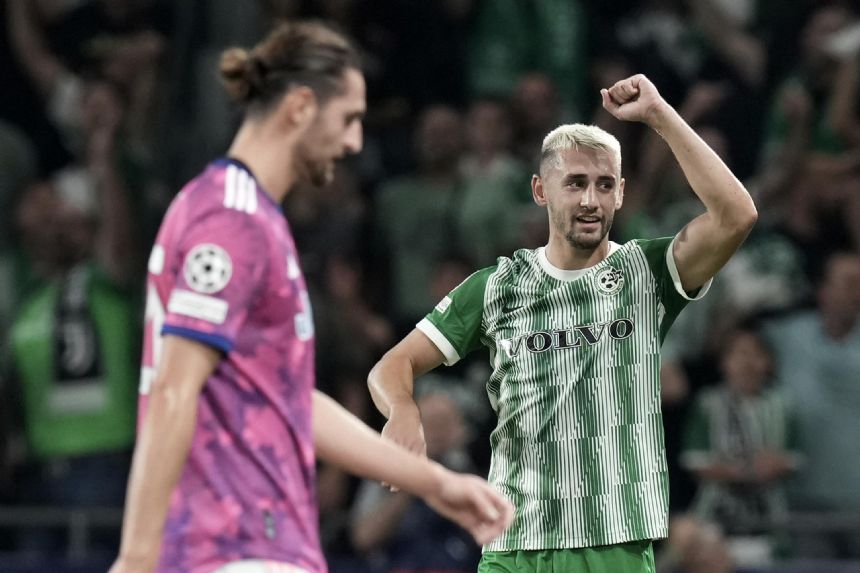 HAIFA, Israel (AP) - Juventus descended further into crisis and was left on the verge of elimination from the Champions League following a 2-0 loss at Maccabi Haifa on Tuesday that also included an injury to key winger Angel Di Maria.

Juventus was left third in Group H with two games to play.

Paris Saint-Germain, which was hosting Benfica later, leads the group with seven points, followed by Benfica (also with 7), Juventus (3) and Haifa (3).

Juventus is also struggling in Serie A and lost 2-0 to AC Milan on Saturday, leaving the Bianconeri eighth with just three wins in nine matches.

Still, Juventus CEO Maurizio Arrivabene said before the game in Haifa that the club had "absolute faith" in coach Massimiliano Allegri.

An early exit from the Champions League would be particularly painful for Juventus' finances after the club recently posted a record loss.

Juventus was eliminated by Villarreal in the first knockout round of last season's Champions League.

Atzili put Haifa ahead seven minutes in by using his back to deflect a cross from the center of the area amid a crowd of defenders. His second was a precise shot into the near corner after faking a shot to the other side of the net.

Tjaronn Chery also hit the crossbar in the first-half onslaught from Haifa.

Things then went from bad to worse for Juve when Di Maria pulled up clutching the back of his right leg - prompting the Argentina international to exit immediately.

Juventus was beaten 2-1 both by PSG and Benfica in its opening two games.