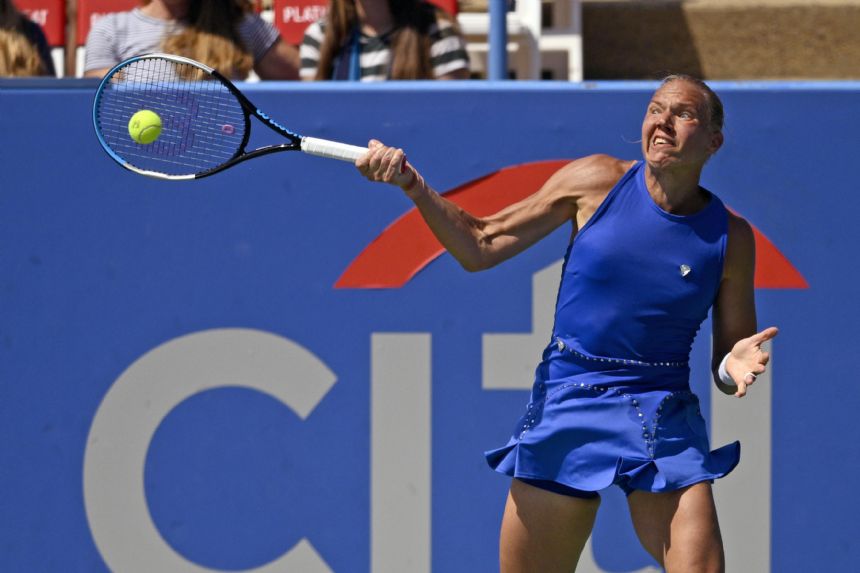 WASHINGTON (AP) - Kaia Kanepi moved within one victory of her first title in nine years, overwhelming Daria Saville 6-3, 6-1 at the Citi Open on Saturday.

Kanepi, a 37-year-old from Estonia, won the last of her four WTA titles in 2013 in Brussels. But she has enjoyed a resurgence this year, reaching the quarterfinals of the Australian Open, and credits smart scheduling for her continued good form.

"It was amazing, actually, for me. I never thought I would make quarters in Australia. I thought it's not just my place," said Kanepi, who previously reached the quarterfinals in the other three Grand Slam tournaments. "But I played really well, and then I continued playing well. I actually didn't put any pressure on myself to achieve something special."

Kanepi's match record this year is 19-10, her most victories since 2013, and she is ranked No. 37. She plans to play two more hard-court tournaments before the U.S. Open, which starts Aug. 29.

In the final, Kanepi will face 60th-ranked Liudmila Samsonova, who breezed past Xiyun Wang 6-1, 6-1. The 23-year-old Samsonova is seeking her second WTA singles title. She won a hard-court event at New Haven, Connecticut, in 2017.