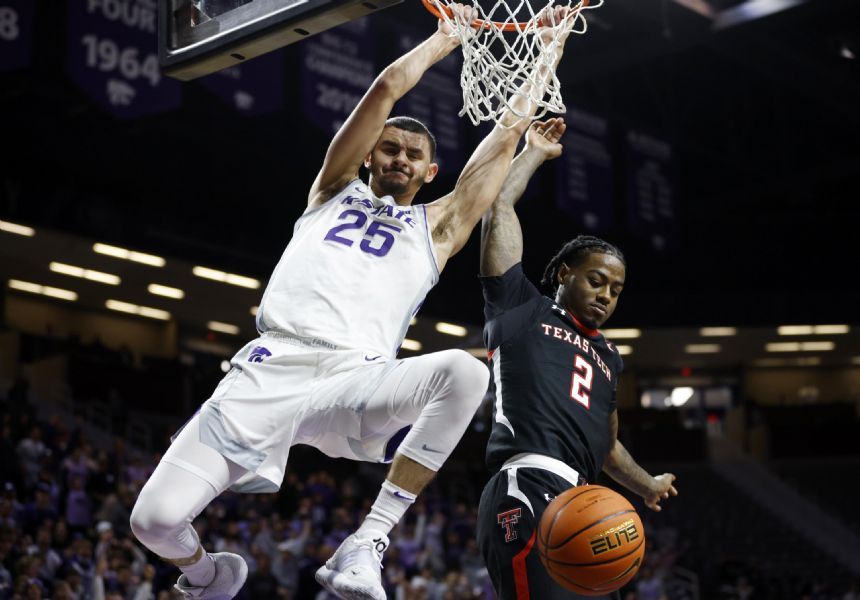 Smith finished with 12 points and Mike McGuirl had 10 for the Wildcats (9-7, 1-4 Big 12), who failed to hold second-half leads in each of their four previous games. They got it done against a Texas Tech team that handed No. 1 Baylor its first loss of the season earlier this week.

Bryson Williams scored 20 points to lead the Red Raiders (13-4, 3-2), who were playing their fourth game in eight days. The Red Raiders beat No. 9 Kansas last Saturday, knocked off Baylor on Tuesday and dismantled Oklahoma State on Thursday.

But Texas Tech appeared to run out of steam against K-State, shooting 39.6% from the field. Terrence Shannon Jr.'s jumper with 4:54 remaining got the Red Raiders within 50-49, but they didn't make another shot from the field.

Texas Tech led by two points at halftime and extended the lead to 31-26 early in the second half, but K-State quickly rallied to go back in front. Neither team led by more than five points until Selton Miguel's layup put the Wildcats ahead 55-49 with 2:32 left.

Shannon came in leading the Red Raiders in scoring at 14.3 points per game but hadn't played since Dec. 14 because of a back injury. His late jumper was his only basket on Saturday.

There weren't a lot of people witnessing the game. With temperatures in the 20s and an overnight snowfall, the arena appeared about one-third full.

Texas Tech: It's hard playing four games in eight days in the Big 12. The Red Raiders struggled with their energy, especially late in the second half.

Kansas State: Not only did the Wildcats finally hold onto a late lead, they finished the game with a 7-0 run.

Kansas State: At No. 21 Texas on Tuesday.