Kayvon Thibodeaux Diary: 'I want to impact as many kids as possible' 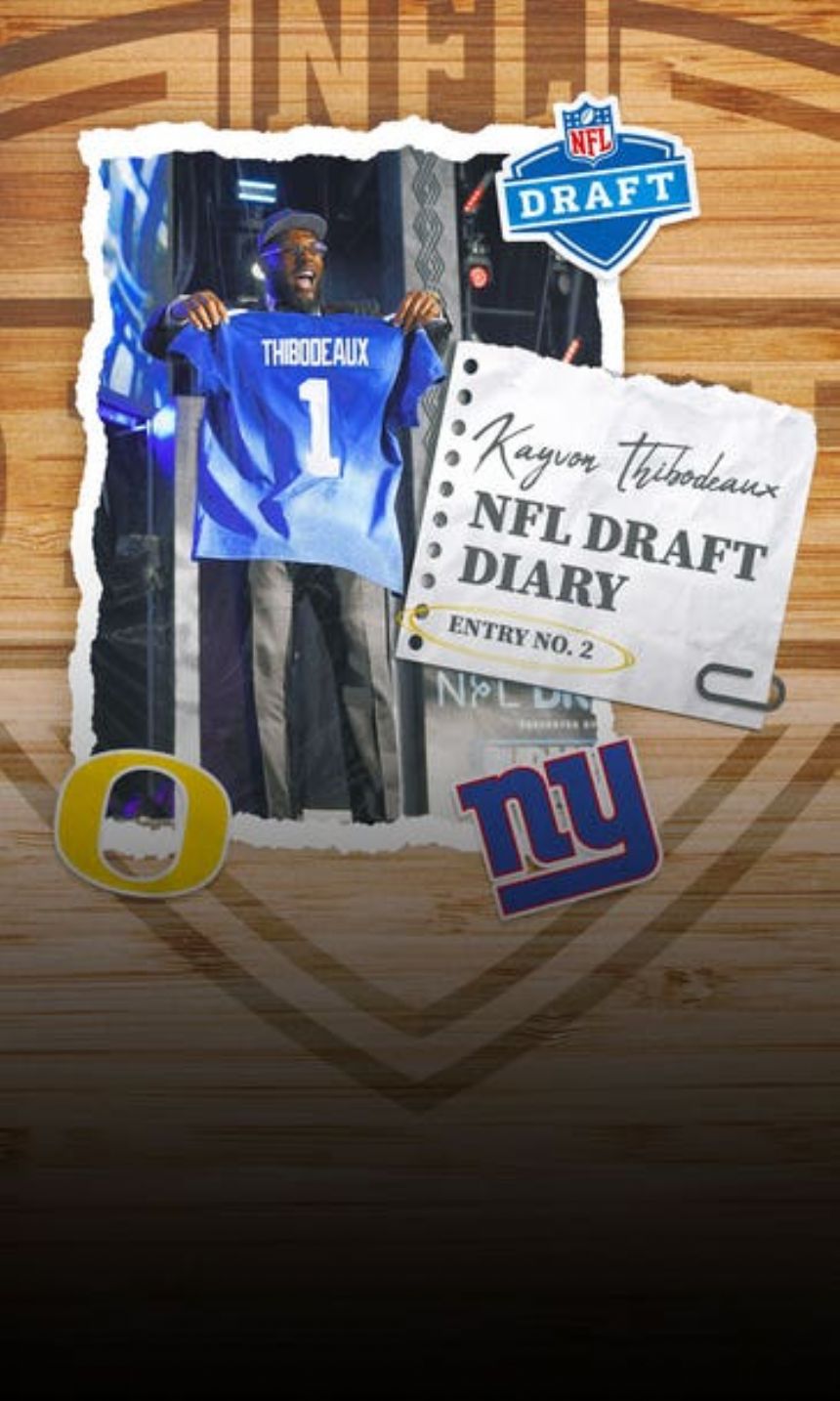 On the eve of the 2022 NFL Draft, Kayvon Thibodeaux produced a journal entry for AP Sports on his personal journey. A lifelong pursuit and dream was soon realized as he was selected No. 5 overall by the New York Giants. With his NFL career about to begin - the Giants are holding rookie camp this weekend - Thibodeaux provided another entry with insights on draft day, playing for New York, and his passion projects off the field. '

When I woke up on Day 1 of the NFL Draft, I felt New York the whole time. I was still kind of uncertain about where I would go, just because I didn't know how things were going to shake out. But I had a feeling. I was telling the family New York.

That's who I had the most conversation with, who I was able to build a relationship with. That's the team that showed the most interest. And then when you just looked at how the board lined up, that's where it seemed like I would end up. I'm happy with how things turned out. It worked out for the best. This was perfect for me. The past two weeks have been all about the playbook. The playbook, the playbook, the playbook. I'm having Zoom meetings with coaches, and I'm really getting into it and taking a deep dive into it. That's where all my time has gone since the draft, as well as training and getting in shape so that I'm prepared for camp.'

Geoff Schwartz analyzes Kayvon Thibodeaux's strengths and what he will bring to the table for the New York Giants, who selected the defensive end fifth overall in the 2022 NFL Draft.

I went to New York right after I was drafted and I loved it. I'm ready to go back. I've been counting down the days until I go back to my new home. I'm going to take these next however many years I got in New York - hopefully it's my whole career - to really become a New Yorker.

But no matter where I go, I remain comfortable in my own skin. I think it's because I grew up in Los Angeles, being in a multicultural environment. And then I got a chance to go out to Oregon and really figure out whom I want to be and how I want to portray myself and what I want to represent. College really helped me figure that out: discipline, integrity, consistency. It really set in when the pandemic started. I realized I needed to hone in on what I want to do given all the adversity going on. I knew I had to put extra work in to achieve my goals. With everything that has contributed to my growth, I'm ready to take on the world.

I didn't even start watching football until I became a recruit. I loved playing it, but for some reason watching it, I didn't get as much joy as I did being on the field. I would just watch cartoons or Animal Planet or the news, basically anything else but sports. I didn't watch basketball either. Growing up, I found interests in a lot of different things. Now that football is my career, it's the best of both worlds. My job is to play the game that I love, and I can spend my hobby time and my leisure time doing all the other things that I love.'

My first project is The Jream Foundation, a non-profit that I launched last fall. It's geared toward giving kids an opportunity to be in a better learning environment and encouraging them to experiment and dream big. We've started by partnering with Core Prep Academy, which provides a specialized athletic and academic experience to about 300 middle-school students. They're already operating at Heritage Christian School in Northridge, California, and we're opening a new campus this September at St. Monica Preparatory in Santa Monica.'

I've been working on this for about a year and a half. I met with people in the schools, and they knew the plans that I had for when I turned pro. We were able to take care of a lot of the behind-the-scenes work in advance. It's a great opportunity to help provide scholarships for underprivileged youth, so that they'll be able to attend the school for free.'

I have full involvement. I'm on the board of directors for Core Prep, so I have a say in curriculum. I want the kids to learn financial literacy, life skills training, trade work. We're constantly discussing the future of the schools. We have a 10-year plan of expanding across California.'

Bucky Brooks breaks down the top-five impact rookies for the upcoming season of the NFL. The list includes the Giants' Kayvon Thibodeaux, the Chargers' Zion Johnson, the Saints' Chris Olave, the Packers' Christian Watson and the Bills' James Cook.

I was inspired by LeBron James founding the I Promise School. Seeing the impact you could have and knowing that education is everything and opportunity is everything, and being able to give those resources. Having such a big platform and spotlight will give me access to things that I normally wouldn't. Right now, we have backing from Nike and Beats by Dre. Then there's $JREAM, the cryptocurrency that is supporting the Jream Foundation.'

The goal is to leverage the relationships I have with big brands and big associations. Because they believe in me, I want them to believe in the kids that are basically coming up just like me. My team and I want to impact as many kids as possible.

Right now, we're taking it slow. We're doing it one step at a time. But we want to take this as far as we can go.