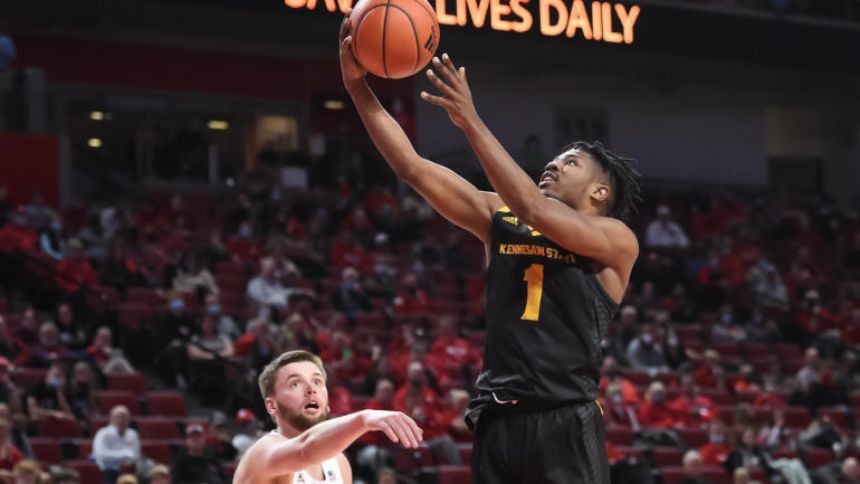 An ASUN battle will get underway when the Jacksonville Dolphins (11-6) travel to take on the Kennesaw State Owls (8-9) on Monday. Jacksonville heads into this contest on a two-game skid. The Dolphins fell to Bellarmine 76-73 in their last outing. Kennesaw State had its four-game win streak snapped last time out. On Jan. 22 Lipscomb defeated the Owls 77-73.

Tipoff is at 5 p.m. ET from KSU Convocation Center. The Owls are favored by 3.5 points in the latest Jacksonville vs. Kennesaw State odds from Caesars Sportsbook, while the over-under for total points is 129. Before making any Kennesaw State vs. Jacksonville picks, you need to check out the college basketball predictions and betting advice from the SportsTek Projection Model.

Now, the model has set its sights on Kennesaw State vs. Jacksonville, and just revealed its picks and CBB predictions. You can visit SportsTek now to see the model's picks. Here are the college basketball odds and trends for Jacksonville vs. Kennesaw State:

Sophomore guard Chris Youngblood is leading the way for the Owls. He is averaging a team-high 13.2 points with 5.5 rebounds. Youngblood has been a consistent 3-point shooter, knocking down 38 percent of attempts from downtown. The Alabama native has hit at least three 3-pointers in six games. In a win over Toccoa Falls, Youngblood finished with 22 points, six rebounds and five steals. He also shot 4-for-8 from 3-point land.

Redshirt senior guard Jamir Moultrie is a great scoring option off the bench for the Owls. Moultrie can also space the floor and is shooting 52 percent from beyond the arc. The Delaware native has two games with more than 20 points. In the loss to Lipscomb, Moultrie dropped a team-high 20 points and shot 5-for-9 from 3-point range.

Redshirt junior guard Kevion Nolan is averaging 13.1 points, 3.4 assists, and 2.2 steals per game. Nolan is one of the better 3-point shooters on the squad. He is hitting on 38 percent of his attempts from beyond the arc. The Alabama native has scored over 20 points in four games and knocked down at least five 3-pointers in all four contests. In the loss to Bellarmine, Nolan had 21 points, four rebounds, and four assists.

Redshirt junior Osayi Osifo is logging 8.8 points and 6.4 rebounds per game. He is also shooting a team-high 68 percent from the floor. The Texas native has scored in double figures in seven games thus far. In a win over North Florida, Osifo finished with 13 points, 13 rebounds, and shot 5-for-9 from the floor.

SportsTek's model is leaning over on the total, projecting 130 combined points. It also says one side of the spread is hitting well over 50 percent of the time. You can only get the model's pick at SportsTek.