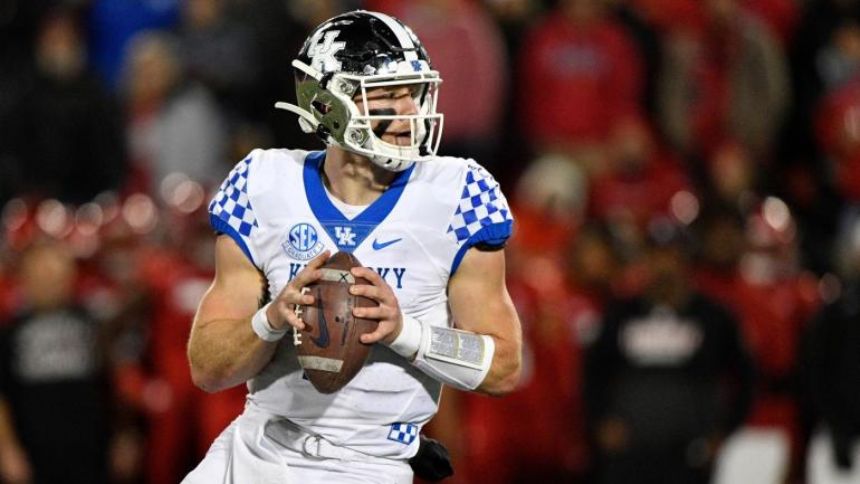 The No. 20 Kentucky Wildcats will open the season against the Miami (OH) RedHawks on Saturday night. Kentucky is ranked in the preseason polls for just the fifth time in school history, and for the first time since 1978. The RedHawks, meanwhile, were picked to finish in second place in the MAC's East Division this year.'

Kickoff is set for 7 p.m. ET. The Wildcats are favored by 16 points in the latest Kentucky vs. Miami (OH) odds from Caesars Sportsbook, while the over/under is set at 54. Before entering any Miami (OH) vs. Kentucky picks, you'll want to see the college football predictions from the advanced computer model at SportsLine.

Kentucky has sky-high expectations this season after going 10-3 and finishing in second place in the SEC East behind Georgia last year. The Wildcats are going to be without star running back Chris Rodriguez Jr. due to a suspension, but they have plenty of depth at that position. Senior Kavosiey Smoke has rushed for 1,306 yards and 12 touchdowns during his career, while Ramon Jefferson transferred from Sam Houston State after totaling 1,155 yards and 13 touchdowns last season.'

Quarterback Will Levis returns after throwing for nearly 3,000 yards and 24 touchdowns in 2021. He also added 376 yards and nine touchdowns on the ground, so Miami (OH) is going to have trouble slowing down this attack. The RedHawks have lost seven straight games against SEC teams, while Kentucky is 10-0 in its last 10 games against MAC opponents.'

Kentucky might have depth at running back, but it is still going to feel the loss of Rodriguez on Saturday. He is only 1,134 yards away from breaking the school record for career rushing yards after totaling 1,379 yards and nine touchdowns last year. Levis threw 13 interceptions in 2021, which is something Miami's defense can take advantage of in this game.'

Offensively, the RedHawks return quarterback Brett Gabbert, who threw for 2,648 yards and 26 touchdowns last year. He is playing behind an experienced offensive line that is returning four starters, while their rushing attack has four running backs returning as well. Miami (OH) covered the spread in four of its final six games last season, and the returning production puts the RedHawks in a good spot to cover a big number on Saturday.'

The model has simulated Kentucky vs. Miami (OH) 10,000 times and the results are in. We can tell you that the model is leaning Under, and it's also generated a point-spread pick that is hitting in almost 60% of simulations. You can only see the pick at SportsLine.

So who wins Miami (OH) vs. Kentucky? And which side of the spread hits in almost 60% of simulations?'Visit SportsLine now to find out which side of the Kentucky vs. Miami (OH) spread you need to jump on Saturday, all from the model that has crushed its college football picks, and find out.