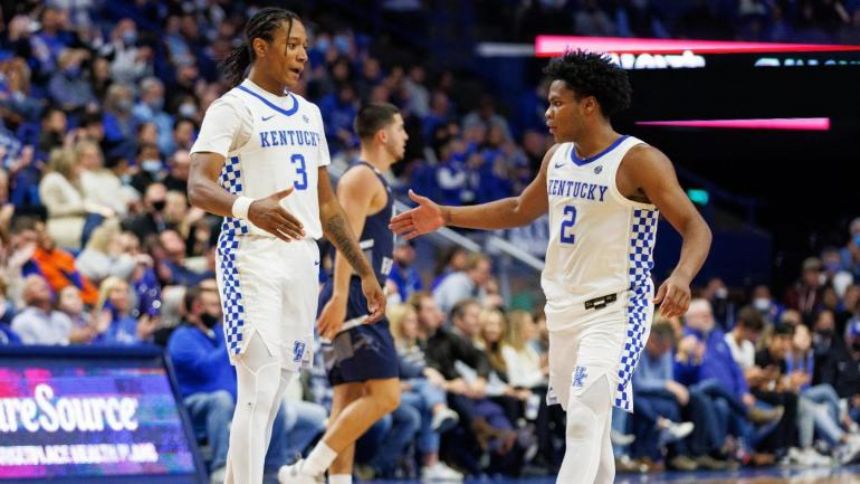 On Friday afternoon, in advance of a top-15 showdown between Kentucky and Kansas, Jayhawks coach Bill Self was going on and on about how impressed he's been with UK point guard Sahvir Wheeler. At one point, he called him the "the best 94-foot player in the country."

But can he also be the best 36-minute player in the country?

Unfortunately for Kentucky, the Wildcats might have to find out Saturday considering TyTy Washington unofficially remains questionable after suffering a left ankle injury in last weekend's loss at Auburn. He's Kentucky's best NBA prospect and one of John Calipari's top players. When the 6-foot-3 freshman is sidelined, the Wildcats are a lesser team -- and the workload gets extremely heavy for Wheeler. So how Washington feels when he wakes up Saturday morning might really be the difference in this matchup of blue-blood programs, and, for what it's worth, Calipari indicated Friday afternoon that he won't play the projected NBA Draft lottery pick unless Washington is something close to 100%.

How much Washington means to what Kentucky does has been obvious since the moment he went down when the Wildcats were up nine points at Auburn with 28:24 remaining. They lost that game by nine. So that was an 18-point swing without Washington available. Then, on Tuesday night, with Washington still sidelined, Kentucky needed overtime to get past a good-but-not-great Mississippi State team at home.

Does that sound like a team likely to win at Kansas?

Perhaps -- but probably not.

And if you're one of the UK fans hoping that five-star freshman Shaedon Sharpe, who enrolled in January, is about to make his season debut and save the day, well, he might; Calipari didn't explicitly rule it out. But when asked directly on Friday if he'd play Sharpe at Kansas, here's what Calipari said: "I'd rather not right now, only because I think he needs more time to elevate the intensity, the fight, all of the stuff you need."

Which brings us back to Wheeler.

So get well soon, TyTy!

Kentucky needs you. Sahvir Wheeler needs you. The Wildcats aren't incapable of winning at Allen Fieldhouse without you in the lineup. But it's not hyperbolic to suggest whether Washington is available or not will play the biggest role in determining if this weekend's biggest game on paper actually becomes this weekend's best game on the court.