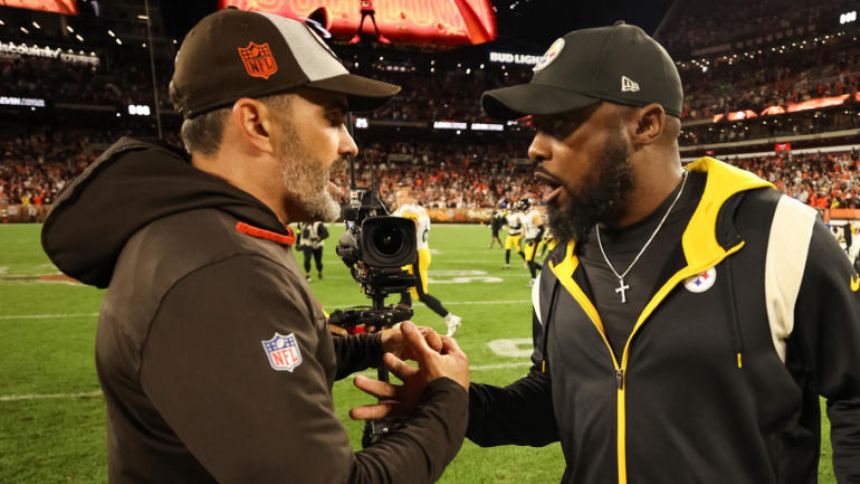 Kevin Stefanski is the 10th Cleveland Browns head coach since the franchise returned to the NFL in 1999 following a three-year hiatus. On Thursday night, Stefanksi became the first Browns coach over that span to defeat the Steelers three times.'

In 2020, his first season as the Browns' head coach, Stefanski's team defeated the Steelers in the final game of the regular season to clinch a playoff berth. They then defeated Pittsburgh in the wild card round of the playoffs, marking the franchise's first playoff win in 26 years. Stefanski received credit for that win despite being at home after testing positive for COVID-19 (special teams coach Mike Priefer served as interim head coach for that game).'

Stefanski got the hat trick during the Browns' 29-17 win over the Steelers on Thursday night. He did so while calling plays for an offense that ran the ball 38 times and threw it 31 times. Jacoby Brissett had a big first half and finished the night with 220 yards and two touchdowns. His biggest completion, a 32-yard-completion to Amari Cooper on a third-and-1 play off play-action, set up Nick Chubb's 1-yard touchdown run that extended Cleveland's lead to 23-14.'

Speaking of Chubb, the Browns' bruising running back imposed his will on the Steelers' defense, rushing for 113 yards on 23 carries. Kareem Hunt contributed with 47 more yards on the ground as the Browns churned out 171 yards on 38 carries.'

With the win, the Browns improved to 2-1 on the season. Stefanski evened his record to 3-3 against the Steelers, a team that had dominated the rivalry during the previous three decades.'