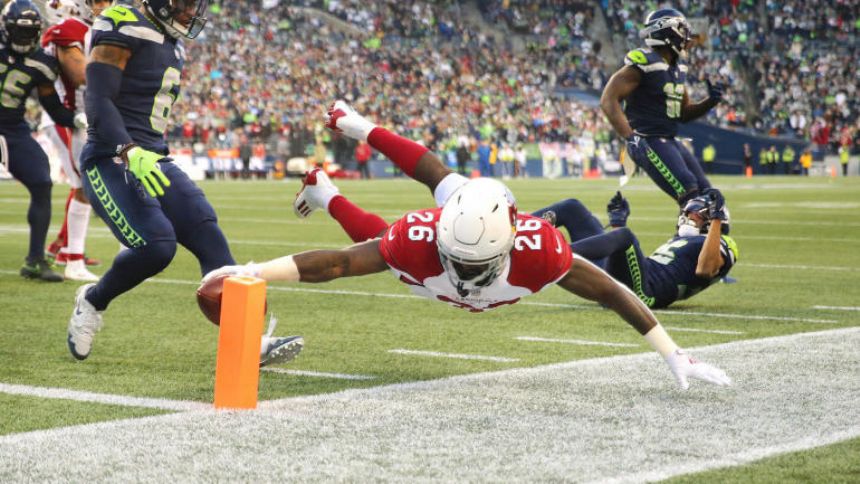 The Arizona Cardinals saw some shake-up to their backfield this offseason. They were able to retain their leading rusher from last season in James Conner'but did see fellow running back Chase Edmonds bolt for Miami in free agency and have since filled that spot on the roster with former Chief Darrel Williams.'

Given his production last season, Conner is earmarked for the lead role in this Cardinals offense, but Edmonds' departure does put 159 touches from 2021 up for grabs. Williams will certainly be in the conversation to adopt those touches, but Kliff Kingsbury recently highlighted another contender: Eno Benjamin. The Cardinals head coach noted that the 2020 seventh-round pick has shown promise this offseason and even hinted at a bigger role for him in 2022.'

"Eno Benjamin has been tremendous. [He is] another guy who never had an offseason and he's out there and looks like he could be a starting running back," Kingsbury said, via CardsWire.

The Arizona State product didn't see any game action during his rookie season in 2020, and Kingsbury is correct to note Benjamin's bumpy transition into the NFL due to the pandemic restrictions. This offseason has been much more traditional with the league shedding many of its COVID-related protocols, which creates more time for players like Benjamin to develop more smoothly.'

Last season, Benjamin suited up in nine contests but played just 15% of the offensive snaps. During the time he was on the field, he totaled 118 yards rushing on 34 carries and a touchdown. He also caught six of his seven targets in the passing game for an additional 42 yards.'

Of course, Kingsbury pumping Benjamin's tires in June doesn't mean that he'll usurp Conner in the backfield come September, but he does seem to be catching the eye of the staff enough that he could prove to be an impact player for Arizona as it looks to contend in the NFC West.'