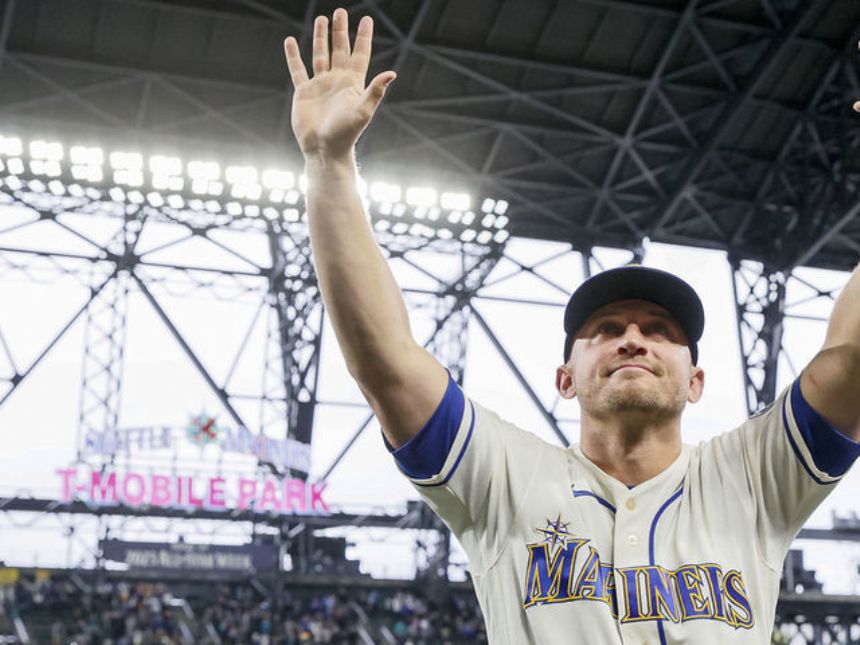 The statement reads in full:

"Today I'm announcing my retirement from Major League Baseball. Thank you to all of my family, friends and fans for following me throughout my career. It's been a wonderful ride but I am unbelievably excited for the next chapter of my life."

A note from my husband. pic.twitter.com/Zl5peB3vR2

Seager, 34, had been a free agent this offseason after 11 MLB seasons with Seattle.

He received a standing ovation in Seattle during what turned out to be his final MLB game in October:

Kyle Seager pulled out of the game to get a standing ovation from the crowd as soon as the Red Sox game goes final pic.twitter.com/in8RxVKw8e

Seager is coming off a 2021 season in which he hit a career-best 35 home runs. That power from the left side plus his ability to continue manning third base all suggest he can still be a useful contributor.

However, rather than linger on the free-agent market during the owner lockout, Seager has opted to step away. He does so as a beloved figure in Seattle and the rare tenured veteran who spent his entire professional career with one organization.

Kyle's younger brother, Corey, was also a free agent this winter. Corey Seager signed a 10-year, $325 million deal with the Texas Rangers prior to the owner-imposed lockout.