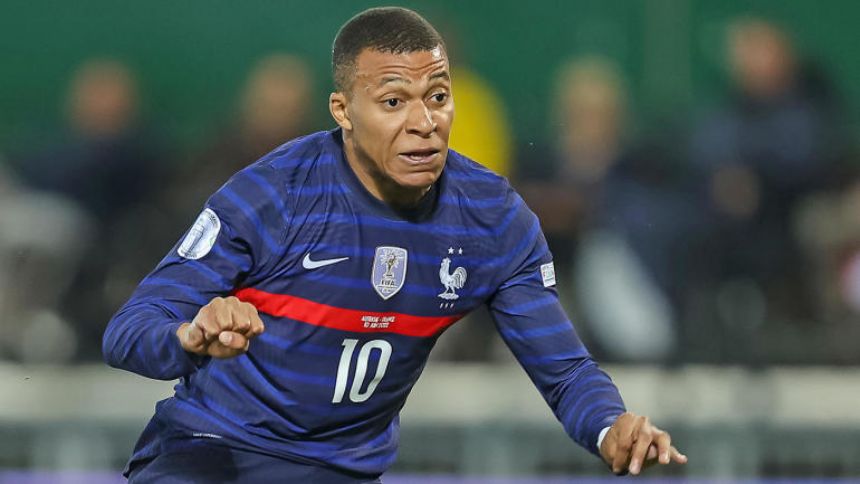 The French Football Federation will review their image rights agreement with the players for the national team after Kylian Mbappe refused to take part in sponsorship activities on Monday ahead of this year's FIFA World Cup in .

The Paris Saint-Germain man has been vocal in his desire to not be associated with many of Les Bleus' sponsors due to his strong healthy eating and anti-gambling image and this is not the first time that he has boycotted partner activities on international duty.

"The FFF is delighted to work on the outlines of a new agreement which will allow it to maintain its interests all the while taking into consideration the concerns and legitimate convictions unanimously expressed by its players," read a brief official statement from the FFF on Monday.

After Kylian Mbappe refused to partake in sponsor activities ahead of Qatar 2022, including a team photo on Tuesday, the FFF now says it will review "as soon as possible" its agreement with players regarding image rights. https://t.co/sFWdMOgR4H

Any future sponsorship commitments are likely to be in accordance with Mbappe's terms given the current conflict with his individual commercial interests with all the 23-year-old's bonuses -- including image rights -- with going to charity.

Mbappe's image rights and association with certain brands was part of discussions at the end of last season with the former AS man opting to extend his contract at Parc des Princes when were interested in his services.

Mbappe and his representatives expressed their "regret" at being unable to reach an agreement as requested before the World Cup with no question over his "total" commitment and determination to contribute to collective success, via a communique published by Agence France Presse on Monday.

Per the FFF statement, senior players, president Noel Le Graet, head coach Didier Deschamps and the marketing director all participated in discussions with KFC, Coca Cola and Uber Eats among the current sponsors of the French national team.