LaLiga North America CEO says 'there will be LaLiga matches in the U.S., the only question is when' 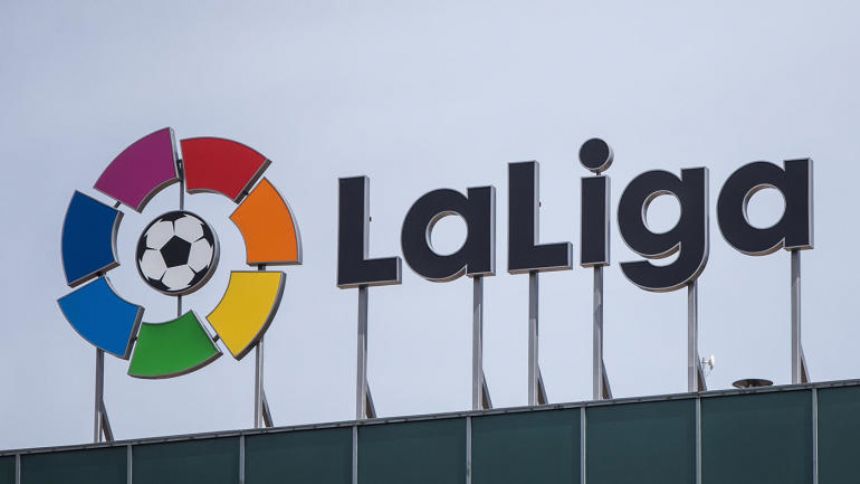 -- The mission for Boris Gartner seems extremely simple but at the same time a bit complicated. The CEO of LaLiga North America sat down with AP Sports last week in Madrid ahead of the Madrid Derby to share his goal of creating content for all the kind of audiences and explained how difficult it is to expand the brand of one of the top five European soccer leagues into North America as the sport continues to grow in the region.

Gartner'explained how they started and what the next steps will be, which will include reaching a much broader audience with a new generation of fans that will require a new vision.'

"We have LaLiga branded content for all platforms, we need to figure out more and more who is our audience and create content in different ways. There are fans playing eSports with LaLiga clubs but never watched a real game," Gartner said.

As Gartner pointed out, identifying his audience in North America is his chief priority because once you have that sorted, you will be able to cater your content for their consumption. It sounds simple enough, right? But the North American audience comes from all different walks of life which can produce some obstacles and challenges along the way.'

"There are some common points between the U.S. and the Mexican audiences. We started from the U.S. because 65% percent of our audience from this area is from Mexican descent. Then we also expanded to Mexico and Canada as well," Gartner said. "We need to be careful about the fact that there are many differences between the first generation of immigrants and the second and third generation of immigrants. There is no single strategy for the whole audience that consume LaLiga content, that's the point. LaLiga fans based in the United States are primarily Hispanic but our focus is also on the general market that can open new doors for us in the next years."

The American market may prove to be a challenge, but once you crack it, Gartner says it can be "a great opportunity." It's why they are pouring in money to invest and with the help of a 15-year agreement struck with Relevent Sports Group last June on a strategic venture to help strengthen its commercial operations and presence in the region. Relevent, co-founded by Miami Dolphins owner Stephen Ross, is the group behind the International Champions Cup matches staged most notably in the U.S. and in the Asian markets.

This is part of what Gartner described as a "long-term plan" to ensure that they are a "profitable business." But growing that audience requires discipline and patience. And as part of the agreement with Relevant, LaLiga plans to bring one regular-season club match per year to the United States. This would be the first time the league has ever ventured outside of Europe, and it's a hot topic every year with many fans in Spain still against the idea. It's not the first time it has tried to stage a game in the U.S., and this time around it's no coincidence these plans align with the ramp-up to the 2026 World Cup in North America.

"This will only help our league to grow and also to increase attention with the World Cup 2026 coming up. We don't want to move the entire league here, of course," Gartner said. "We are talking about few matches in the next years. The question is not if it will happen or not. The question is when it will happen." '

One of the main issue in growing a brand involves rolling with the punches, and that includes the incomings and outgoings to player movement in the transfer market. LaLiga proved to be a strong league even after world-class talents such as Cristiano Ronaldo and Lionel Messi left Spain recently. Two of the four UEFA Champions League semifinalists came from Spain as last year's Europa League champions Villarreal stunned the likes of Juventus and Bayern Munich and Real Madrid, led by a resurgent Karim Benzema, are through to the big final on May 28 (3 p.m. ET | AP and Paramount+) after shocking Premier League powerhouse Manchester City at the famed Estadio Santiago Bernabeu.'

Gartner says that over the last year, the league managed to grow its audience and reached 140 million followers across all the social platforms, only behind the NBA and the Champions League in terms of social media numbers. In fact, he says LaLiga has more followers across the platforms that all the other top five European soccer leagues, including the Premier League.'

"LaLiga started five years ago to work a lot on the international markets outside Spain, relying on two things: The players and the stories that can fit a specific audience," Gartner said. "For example right now, there are three Mexican players who play the Sevilla derby: Two for Betis and one for Sevilla. We create stories and narratives about it just for our Mexican audience.'

"It is a way to be closer to our content consumers and this is why we try not to translate only our Spanish content but also create content for all the languages we need. Of course, then we leverage on the big stars and the top clubs, but we don't rely only to them, otherwise we would never grow."

Knowing the new trends is crucial when it comes to expanding the awareness of the brand among the younger generations. They consume content in a different way compared to the traditional, older LaLiga viewer. They may play video games and may follow more through social media such as TikTok and Instagram.'

"We have LaLiga branded content for all the platforms and we were the first European soccer league that had its own TikTok account and it is performing really well," Gartner said. "We started a partnership with Verizon for the eSports because for us it's important to get into a different kind of audience as well.'

"There are some of our followers that play with LaLiga clubs but then didn't watch a single game live. About the audience, I think that our major strength compared to the other leagues is that we have a solid Hispanic fanbase that we perfectly know. Also, soccer fans in the United States follow more teams, they don't just support one club most of the times. They have their local club and also one of the European ones, and many times is one of the LaLiga teams."

The race to cultivate an audience stateside continues to heat and LaLiga are taking the proper measures to ensure they're one of the most talked about leagues in the region.