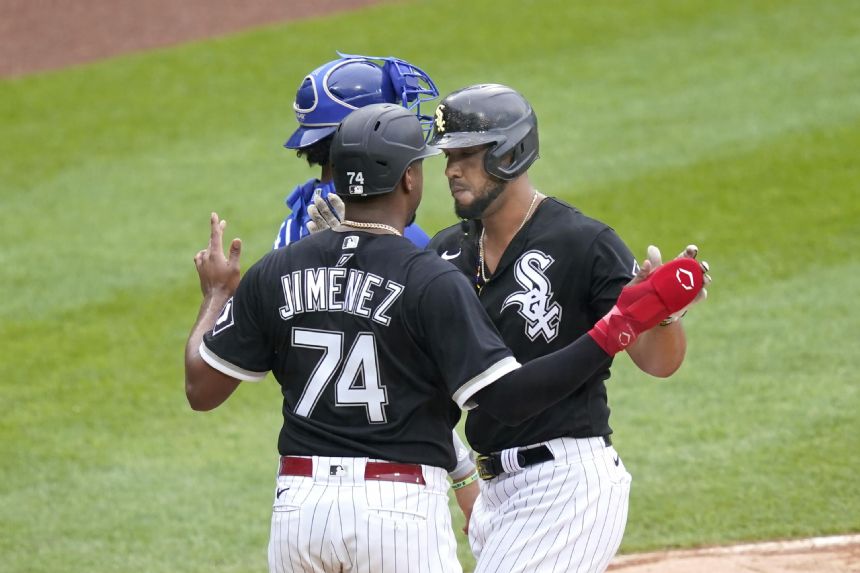 The White Sox (53-51) won for the third time in four games while remaining two games behind the Twins (55-49) and one behind the Guardians (54-50) in the AL Central. The Royals fell for the seventh time in nine games.

Lynn improved to 5-0 with a 1.08 ERA and 37 strikeouts in 33 1/3 innings covering his last five starts against the Royals. Witt's homer ended Lynn's 19-inning scoreless streak against the Royals dating to April 8, 2021.

Michael Massey, who was promoted from Triple-A Omaha before the game, collected two hits off Lynn. Royals manager Mike Matheny said Massey, who attended Brother Rice High School - 25 minutes from Guaranteed Rate Field - would be given an extended look at second base.

Abreu provided ample run support for Lynn by hitting a three-run homer, his 14th, off Brady Singer (4-4) in the third. Abreu has driven in six runs in his last two games.

Jimenez's first-inning single extended his hitting streak to nine games and set up an RBI single by Yoan Moncada. Jimenez is batting .471 (16 for 34) during his streak.

Singer, who pitched seven innings of one-hit ball against the Yankees in his last start July 28, allowed a season-high 11 hits.

The Royals were held hitless in the final three innings by Jake Diekman, Kendall Graveman and Liam Hendricks, who earned his 21st save.

This marked the first time the Sox won consecutive home series since April 12-14 against the Mariners and April 15-17 against the Rays.

A moment of silence was held before the game in memory of Hall of Fame Dodgers announcer Vin Scully, who died Tuesday night.

"In all his greatness, he was so kind to everybody," White Sox manager Tony La Russa said. "He's one of those guys, even though he was really sick, you don't want him to die."

Royals: In addition to Massey, C Sebastian Rivero was recalled from Double-A Northwest Arkansas. They filled the roster spots vacated by the trades of INF-OF Whit Merrifield and C Cam Gallagher, who were dealt to the Blue Jays and Padres, respectively, before Tuesday's trade deadline.

The Royals will start LHP Kris Bubic (2-6, 5.45) when they open a four-game home series Thursday against the Red Sox. Bubic allowed three runs in six innings of an 11-5 loss Friday to the Yankees.

The Sox will start RHP Johnny Cueto (4-4, 2.86) Thursday at Texas. Cueto allowed two runs in seven innings Saturday in a 3-2 win over the Athletics.