LEADING OFF: Clean-shaven Cora, Melvin out for surgery 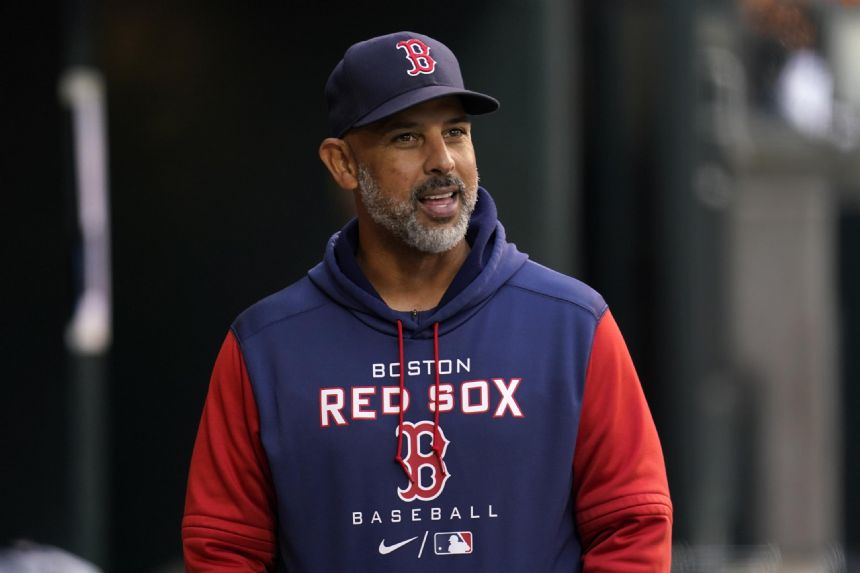 A look at what's happening around baseball Wednesday:

Dead last in the AL East, the Boston Red Sox were due for a hard look in the mirror. That's where manager Alex Cora thinks he found the problem.

Cora has shaved the salt-and-pepper beard he grew prior to this season, hoping a new vibe might help Boston snap its season-worst five-game losing streak. Cora arrived clean shaven for Tuesday night's opener of a two-game series in Atlanta, and he was willing to pin his team's lousy start on his new look.

"If we win 10 in a row, it's on me because I should have recognized that before," Cora said with a smile.

Early returns were positive for Boston's offense: slugger Rafael Devers hit a grand slam in the second inning against Atlanta.

San Diego Padres manager Bob Melvin is set to have prostate surgery and hopes he misses only part of a forthcoming road trip.

Melvin said he doesn't think he has cancer, "but they won't know until they get in there." He was in street clothes during his pregame session with the media before Tuesday night's game against the Chicago Cubs.

Melvin, who was hired away from Oakland on Nov. 1, said he's been feeling various symptoms since the team returned from a road trip last Wednesday night.

Tylor Megill just so happened to get the opening day start for the Mets because of injuries to multiple Cy Young Award winners Jacob deGrom and Max Scherzer. Megill handled that role with aplomb. Now he'll try to show he can do something else an ace does: move on after a loss.

Megill is coming off his first defeat of 2022 and will take a 4-1 record and 2.43 ERA into NL East leader New York's game at the Washington Nationals. The 6-foot-7 right-hander allowed three earned runs in 5 1/3 innings in a 9-2 loss to Atlanta on May 4. This is only Megill's second major league season and already has matched his win total from 2021.

Seattle's Logan Gilbert takes a 4-0 record and a 1.36 ERA, second in the AL to Chicago's Michael Kopech at 0.93, into his start agaist visiting Philadelphia. Gilbert is just two wins shy of his total as a rookie last year, when he went 6-5 with a 4.68 ERA.

Cincinnati's Vladimir Gutierrez is 0-5 with an 8.86 ERA going into his outing against visiting Milwaukee, totaling just 21 1/3 innings in five starts. He is just the third Reds pitcher to lose all five of his first appearances in a season since 1893 - when the mound was moved to 60 feet, 6 inches from the plate - joining Frank Dwyer in 1899 and Joey Jay in 1963.

He is trying to avoid becoming the first Cincinnati pitcher to lose his first six appearances, all starts, according to the Elias Sports Bureau.