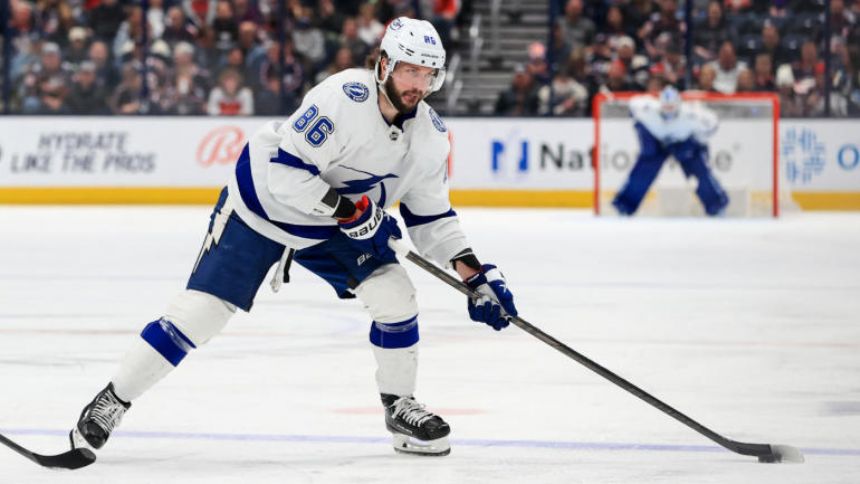 The Toronto Maple Leafs, Montreal Canadiens and New York Islanders are the only teams to win three or more consecutive Stanley Cup championships, with the former two accomplishing the feat twice. The Tampa Bay Lightning have an opportunity to join the exclusive club, and they continue their quest when they visit the Colorado Avalanche on Wednesday for Game 1 of the 2022 Stanley Cup Final. Tampa Bay is looking to capture its third straight crown, something that hasn't been done since the Islanders won four in a row from 1980-83. Colorado is seeking the third championship in franchise history and first since 2001.

Opening face-off at Ball Arena in Denver is set for 8 p.m. ET. Colorado is the -160 favorite in the latest Avalanche vs. Lightning odds from Caesars Sportsbook, while the over-under for total goals scored is six. Before making any Lightning vs. Avalanche picks, check out the NHL predictions from SportsLine's Matt Severance.'

Severance is a well-connected writer and handicapper who has worked in the industry since 2005. He is SportsLine's top NHL handicapper, going 134-71-4 in his last 209 NHL picks and returning well over $2,700 for $100 players. Anyone who has followed him is way up.

Colorado has been an offensive juggernaut this postseason as it is tied with Edmonton for the league lead with 65 goals. The Avalanche have netted at least four tallies in 10 of their 14 playoff games, including all four in their sweep of Edmonton in the Western Conference final. A total of 16 players have scored at least once and Nathan MacKinnon is tied for second in the NHL with 11 goals.

The first overall pick of the 2013 NHL Draft, MacKinnon landed on the scoresheet in each game against the Oilers, recording three goals and two assists in the series. He began the playoffs with a seven-game point streak and has been shut down only twice this postseason. Defenseman Cale Makar leads Colorado with 22 points, while Finnish left wing Artturi Lehkonen shares the league lead with three game-winning goals.

Tampa Bay was counted out by many in two of its three series this postseason, but the Lightning used their championship experience to become the first team since Edmonton (1983-85) to reach the Stanley Cup Final a third consecutive time. The Lightning overcame a 3-2 deficit to knock out Toronto in the first round and trailed 2-0 against the New York Rangers in the Eastern Conference final before winning the next four contests. Veterans such as Nikita Kucherov, Ondrej Palat, captain Steven Stamkos and Andrei Vasilevskiy were instrumental in keeping alive the team's Cup hopes.

Kucherov, who led the NHL in scoring each of the last two postseasons, concluded the series against New York with a five-game point streak during which he notched three goals and five assists, while Palat got on the scoresheet in five of the six contests, recording four tallies and as many assists. Stamkos finished with five goals and two assists in the matchup as he netted both tallies in Tampa Bay's 2-1 triumph in Game 6. The reigning Conn Smythe Trophy winner, Vasilevskiy allowed only five goals over the final four games of the series after yielding nine in the first two.

Severance has analyzed Lightning vs. Avalanche from every angle and is leaning under on the total. He's also found a critical x-factor that has him jumping all over one side of the money line.'You can only get the pick at SportsLine.

So who wins Lightning vs. Avalanche in Game 1 of the 2022 Stanley Cup Final? And which critical x-factor makes one side hit hard? Visit SportsLine now to see which side of the Avalanche vs. Lightning money line to jump on, all from the expert who has crushed his NHL picks, and find out.'