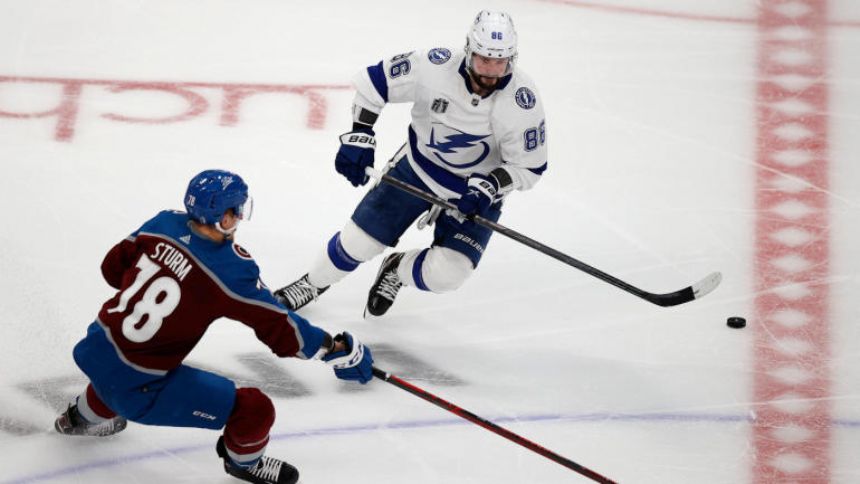 The Colorado Avalanche can take a 2-0 lead in the 2022 Stanley Cup Final when they host the Tampa Bay Lightning in Game 2 on Saturday night at Ball Arena in Denver. In Game 1 on Wednesday, the Avalanche drew first blood with a 4-3 overtime win on the game-winning goal from Andre Burakovsky 1:23 into overtime. The loss dropped the Lightning, who are looking to become the NHL's first team to win three straight Stanley Cups in almost four decades, to 5-5 on the road in the postseason.'

Opening face-off is set for 8 p.m. ET. Colorado is the -150 favorite (risk $150 to win $100) in the latest Avalanche vs. Lightning odds from Caesars Sportsbook, while Tampa Bay is a +130 underdog. The over-under for total goals scored is six. Before making any Lightning vs. Avalanche picks, check out the NHL predictions from SportsLine's Matt Severance.'

Severance is a well-connected writer and handicapper who has worked in the industry since 2005. He is SportsLine's top NHL handicapper, going 135-71-4 in his last 210'NHL picks and returning well over $2,800 for $100 players. Anyone who has followed him is way up.

Colorado has the edge in special teams in this series. In Game 1, the Avalanche went 1-for-3 on the power play and killed off all three Tampa Bay penalties. During the playoffs Colorado ranks second in the NHL on the power play (31.3 percent), while the Lightning are eighth (21.5).

In addition, Colorado's second line played well against Tampa Bay. J.T. Compher, Andre Burakovsky and Mikko Rantanen outshot the Lightning 15-5 when they were on the ice at five-on-five, including a 6-1 edge in scoring chances. That includes Burakovsky's game-winner in overtime.

Tampa Bay has had success in Denver. The Lightning are 5-2 in their last seven games at Colorado. That includes a five-game winning streak from 2016 through '20 in which Tampa Bay outscored the Avalanche, 24-11.

In addition, the Lightning have been superb bouncing back after a loss in the playoffs. Over their last three playoff runs, they are 19-1 following a loss. In this postseason alone, they are 3-1 after a defeat.

Severance has analyzed Lightning vs. Avalanche from every angle and is leaning over on the total. He's also found a critical x-factor that has him jumping all over one side of the money line. You can only get the pick at SportsLine.

So who wins Lightning vs. Avalanche in Game 2 of the 2022 Stanley Cup Final? And which critical x-factor makes one side hit hard? Visit SportsLine now to see which side of the Avalanche vs. Lightning money line to jump on, all from the expert who has crushed his NHL picks, and find out.